Not sure how I came across him, but I reckon I must have read something or other about him in the print media. I vaguely remember that someone described him as an Aussie version of a young Leonard Cohen. Anyway that would have piqued my interest and sent me to YouTube to have a listen/watch – and from there I was hooked enough to source his CD. Certainly there are similarities to the great Canadian poet/songsmith, but the local product has more strings to his bow than just that. After two EPs, this is the Melbourne lad has now a fully realised long play, and what a gem it is. Hopefully 2019 will be his break out year, taking his music and sublime voice to a much wider audience. And so to the best music of 2018:-

3. Courtney Barnett – Tell Me How You Really Feel. The part-Tasmanian’s sophomore collection has all the spit and polish of the first. 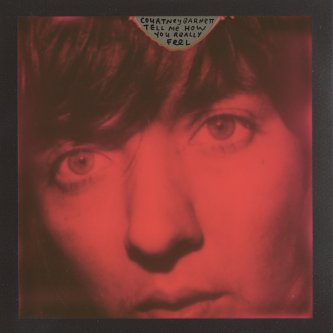 4. Jack River – Sugar Mountain – Another new discovery for 2018 and another Aussie to boot. Thanks Paul.

5. Jason Isbell and the 400 Unit – Live from the Ryman. Culled from his sold out shows in 2017, this alt country discovery has the ‘it’ factor in spades.

6. Cat Power – Wanderer. She’s had a troubled time of late but has hit back with this collection of well honed tunes.

7. DMA’s – For Now. On first appearance these guys look like rap artists, but they’re something else entirely.

8. Marlon Williams – Make Way for Love. Bradley Cooper plucked the New Zealander from semi-obscurity for a cameo performance in ‘A Star is Born’, but those in the know have been with him for years.

10. Nathaniel Rateliff and the Night Sweats – Tearing at the Seams. Music to make you sweat is a good call.

The Best of the Rest – Sarah Blasko – Depth of Field, Catherine Britt and the Cold Hearts, Kenny Chesney – Songs for the Saints, Willie Nelson – My Way, Mia Dyson – If I Said Only So Far I Take It Back, Ruby Boots – Don’t Talk About It, Kasey Chambers – Campfire, Missy Higgins – Solastalgia.