They were so brave, those lads who went north to the sweat and swamps of New Guinea to hold the line. This was against a possible Australian invasion if the Japanese broke through on the Kokoda Trail. They should be venerated, along with many of our wartime leaders. So it always seemed an anomaly that our powers to be do not afford the same to the First Australians who also attempted to hold the line against a foreign invasion. If not outnumbered, back in those early days, they were certainly outgunned, from the time of the first European settlement to well into and past colonial times. Historians know their names and many are advocating for a change. Perhaps their leaders will never be in the same league as Blaimey, Monash, Pompey Elliott or Weary Dunlop. But these too were leaders of men and women who took it up to the enemy. They should be at least recognised as such, particularly in our national war memorials. 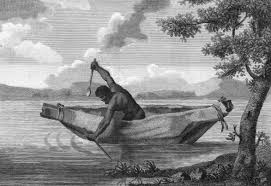 I’ve written of the exploits of Pemuluwuy in another place. He scared the be-jesus out of the Brits and their convicts in the very early days, keeping them from venturing out in into the bush, away from the safety of numbers. Later on, along came Windradyne. In Western Australia there was Yagan and decades on, up in the Kimberlies, the redoubtable Jandawarra. On our own island, during the Black Wars, noteworthy were Musquito and the fearless Aboriginal woman, Wayler.

All of these leaders mounted gutsy rearguard actions to try and stem the tide, but of course the odds were so massively against them. Undoubtedly there was cruelty on both sides, but that is the nature of any conflict and these were desperate times, even if one side’s cause was realistically hopeless.

There’s no suggestion here that we should engage in a rush to erect statues to these heroes of the frontier skirmishes, but nor should we put to one side that these warriors were defending their lands as much as our boys at Kokoda. 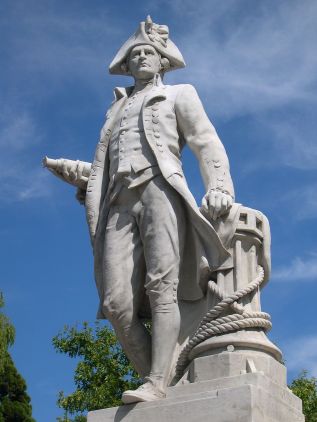 As for Captain Cook? He was undoubtedly a great explorer of the seas, navigator and cartographer, but an argument could be mounted that his role in our history is overrated. Should he, though, be to blame for his discoveries leading to the forced foreign incursion to these shores? I don’t think so. It certainly, in my view, does not warrant the tearing down of statues honouring him, akin to what’s going on overseas with former slave owners and traders, as well as Confederate generals. Just don’t put up any more to him. Please!