Line of Duty – In Season 4 Leigh finally convinced me to sit down and watch this series with her. ‘You’ll love it,’ she reckoned – I did and have continued to do so. One of the features I appreciated about the UK police procedural was, that as well as the regular cast, well-knowns appear as guests. In 4 it was Thandie Newton and Lee Ingleby. Stephen Graham – if you don’t know the name, you’ll know the face – was in the next instalment and a 6 is promised as soon as the wretched virus allows it to be filmed. Given this, I have retraced my steps back to the very beginning and have now watched what I had been missing out on. Season 1 (Neil Morrissey and Gina McKee), 2 and 3 (Keeley Hawes) were also thoroughly revelled in as I came to know the regulars. Ted Hastings (Adrian Dunbar) is the head of AC-12, a section of the men and women in blue that investigates corruption within – bent coppers in other words. He’s experienced, straight as a dye but with a few issues of his own that become apparent. He has two main off-siders, Kate Fleming (Vicky McClure), who specialises in going undercover, and Steve Arnott (Martin Compston). They are worthy adversaries to the small percentage who are in league with big crime. Now I’m up to date I can safely say it’s one of the best of its genre on the box – available both on Netflix and Stan. 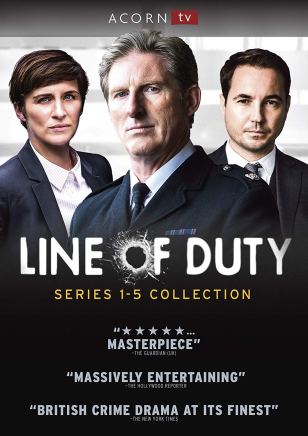 Hannah – The former platform above brings the Taswegian Gadsby back with her outstanding new one-woman show, ‘Douglas’. The Smithton lass changed the face of international comedy with her previous effort, ‘Nanette’. This time she tones it down somewhat in front of an American audience. They greet her to the stage with a standing ovation, such is her standing now in, well, stand-up. She then right royally manages to take the piss out of her hosts with hardly a mention of the T-word, Trump. There’s much else to delight, other than the knocking of the Yanks. She is unique – and if she’s not already a living national treasure, she darn well should be.

Mother Father Son – This Brit series (ABCiView) hasn’t totally won over the critics, but my lovely lady and I have found it a reasonable watch, even if the ending took a little believing. But it’s worth it mainly to see Richard Gere go to work on the British class system in his capacity as an unflinching press baron, who puts everything into giving the people exactly what he thinks they want – everything. 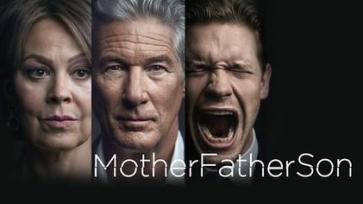 Hightown – Who knew Provincetown, Massachusetts was the gay party capital of the USA? I didn’t, but I sure do now. It’s a pretty hedonist place sitting out there on Cape Cod. In this series on Stan, recently renewed for another season, fisheries inspector Jackie Quiñones (Monica Raymond) is in the thick of it. Then a body is washed up on the beach. Being a Starz production, there’s plenty of sex, drugs, swearing and violence. But pushing all that to one side, it’s also a rattling good story.

The Cumberbatch – Missing the charismatic Pom on the small (or big) screen? Well, you can catch him in ‘Brexit, an Uncivil War’ (on Stan too). He plays one of the faceless men behind the victorious Exit campaign in the referendum that will eventually forever change the face of Britain. And he’s pretty fantastic in this too. As a television movie it has won plenty of gongs. A bonus is the guy (Richard Goulding) who attempts to replicate Boris’ uniqueness. He’s a hoot. 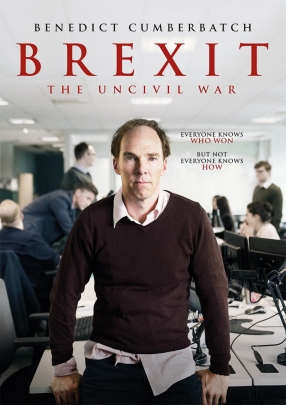 Alfie – On the same platform you can see an undoubted worldwide treasure, in Sir Michael Caine, host ‘My Generation’. It takes all of us who can remember, as well as those of us who’d like to, back to the Swingin’ Sixties. All the cultural notables are featured, reminiscing about the short time when Britain again ruled the world. We can marvel at how gorgeous Marianne Faithful, Joanna Lumley and Twiggy were back in the day. Still are of course. We hear the voices of these and other major players as they spin tales of those exciting days before drugs and the war in Vietnam bought it all tumbling down, ruining a generation’s spirit. 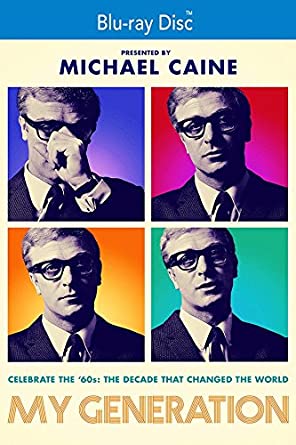 Movies on Stan – There are some terrific titles here that, in recent years, I caught on their cinema release. If they passed you by, they’re worth a gander – ‘Love and Mercy’ (the story of the Beach Boys), ‘Sing Street’ (music is at the heart of this Dublin drama), ‘Military Wives’ (who form a choir to take on the world), Brooklyn (Saoirse Ronan shines), Sully (no plans to fly anytime soon, have you?), ‘Mr Turner’ (biopic of the crotchety artist), Normandy Nude (just a little nudity but mainly a ripping yarn), ‘Hell or High Water’ (the best contemporary western you’ll ever see) and ‘Film Stars Don’t Die in Liverpool’ (terrific performance from Annette Bening).

We have also recently savoured ‘Baptiste’ (ABCiView), with Tom Hollander to the fore as well as the redoubtable sleuth, ‘Great Asian Railway Journeys (SBSonDemand)’ featuring Portillo at his vibrant best (just wait to you see him try his hand at Thai boxing), Monty Don in raptures over his ‘Japanese Gardens’ (ABCiView) and, taking us back in time, ‘America in Colour’ (SBSonDemand).