A gay woman from the north west tip of my island had a year to remember for all of us. It started with her contemplating retirement from stand up and ending with her being in the running, in the light of ‘Me Too’, to host the Oscars. Hannah Gadsby is a true original and moved the planet on its axis and changed the face of her profession with the searing ‘Nanette’ for Netflix. She is thankfully no longer contemplating giving the game away. She is marvellous. Do we all now say a collective ‘Sorry’ for what never should have been and hopefully never will be again?

But its getting ridiculous, the good stuff that keeps lighting up our small screens, from a plethora of platforms. And the beauty is that most who now read the lists below can, by pressing a few buttons on a hand held device, view most of the items at any time they desire. And so to television 2018:- 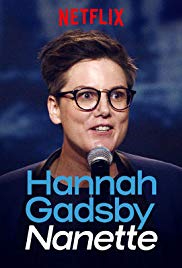 2. Babylon Berlin – Netflix. Germany just before Hitler was a goldmine for those on the make as well as the bohemian. 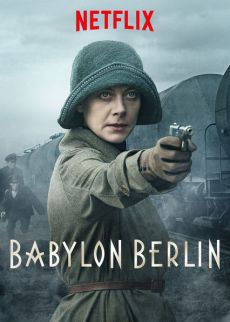 5. Endeavour – ABC. Every episode eminently watchable and atmospheric of a time that we can only hanker for.

7. Black Mirror S1- 4 – Netflix. Uneven, but at its best this omnibus is terrific for imagining what lies ahead of us in the digital age.

8. Squinters – ABC. Such a simple concept of mates, travelling together through the traffic, just having a chat.

9. The Kominsky Method – Netflix. Michael Douglas and Alan Arkin taking us on a different sort of journey through the pitfalls of old age.

10. Monash and Me – ABC. Peter Greeve brings a wartime hero back to earth.

Special Mention – the Noni Hazlehurst and Ernie Dingo episodes of Who Do You Think You Are – SBS.