It was such a pleasant Sunday afternoon this one just past. The sun was out, shimmering off the Derwent; a salve after days of mist and humidity. We’d dined well and extraordinarily cheaply at the bistro and I was happily ensconced by the panoramic windows, watching the boating activity on the briny, supping on some amber heaven and perusing the weekend papers. People all across the room, in singles or groups, were doing the same or similar. I noticed they were mostly of my own demographic, seemingly all quite content and at ease with the world, by the look of it, as I was. My lovely lady had left me for one of the other attractions of the venue. She was having a flutter at the pokies – something she really enjoyed. We do this every couple of months or so, my love and I. Now I’d certainly describe her as a responsible gambler, for she knows ‘when to hold ’em…when to fold ’em’ – so to speak. Many call her Lucky Leigh as she seems to win reasonably frequently on both the machines and Keno – not huge amounts, but she’s had some very tasty ones. As well she had a goodly return from the lotto a few years back, just enough to make proceeding into retirement less financially problematic. It was fair dues, given she’d spent years making a nurse’s salary stretch beyond belief. She’s a marvel money-wise. It’s one of the many reasons I admire her as well as love her.

In the end they gave up asking, my uni mates, at my residential college. Back then, in 1973 and after, for a while, Wrest Point was a happening place – the nation’s first casino. It gave the city of Hobart its first MONA effect. It was the place to be. International stars came to the showroom – why Jerry Lewis opened the whole shebang. The high rollers flew in and the locals came to gawk, dressed to the nines – well, most of them. Word had spread of the beauty and allure of the young ladies manning the gambling tables – one of these honeys later went on to marry a premier.

The lads from Hytten Hall would head down to Sandy Bay and the ‘No of an evening, after they’d completed their studies. They would be attired in a motley array of jackets that had seen better days. Most were bought from the local op shops for that specific purpose for a few bob. Ties were compulsory too to pass the doormen. They’d later regale me with their adventures – the glorious women that were there, or how much they’d had to drink. They couldn’t afford to gamble – but that didn’t stop one or two testing their luck. As I recall, the one-armed bandits were not a feature back then, but I could be wrong, never entering the place. Of course the mainland cities soon caught on, with each having its own equivalent these days – but I’ve never been as comfortable in those as I am at the local one in my dotage. They’re just not my scene. It is. 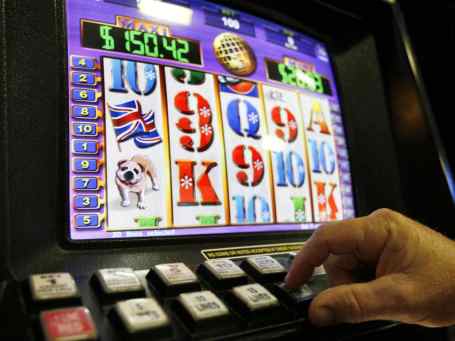 As you have no doubt gathered by now I am not a gambler. I’ve never had a bet on the ponies in my life. I had a bit of a go on the pokies with Leigh once, but within ten minutes I’d had enough. I’m just not interested. But that’s not the point. When, at the last state election, Labor’s Bec White tried to lead us all into a pokies free existence, she ended up falling flat on her face at the polls. I could easily see the reason why, apart from the funds the vested interests sent the way of the Libs. She had great intentions after all the horror stories we’d heard, from the Northern Suburbs, of families wrecked through gambling addiction, but I was unsure whether what Bec was attempting could be the answer. Wouldn’t they just find another way to self-destruction?

So, no. I don’t get upset that my AFL team attracts the highest percentage of its profits from poker machines of all the clubs. Sure, something needs to be done about addressing the advertising for the activity that is associated with the game. Yep, I reckon that’s where the attention needs to be focused. I might be naive, but I reckon most are like my Leigh. They play the pokies sensibly, just loving the expectation that a little windfall might be in the next press of a button. They set themselves a limit and stick to it. It is a social occasion for many – some perhaps not having much else in their lives. My Leigh just loves having a chat with like minded punters in those rooms too. So what if all that is not to my taste. Why should all those that find it convivial and derive pleasure from it be denied? I may be accused of living in a bubble but there it is. Go Hawks 2020.