Once upon a time these girls would have never been A-listers in their milieu – the Dumplins, Pumpkins and Ramona Blues of this world. But, like Rebel Wilson, Melissa McCarthy; dozens and dozens have shown to the now accepting public that an hour-glass figure or super-coolness doesn’t define beauty, talent or the ability to cut it big. These girls are forces of nature and despite the roadblocks, feisty, with the capability of summoning up the wherewithal to plough right on through. These three aforementioned inhabitants of American writer Julie Murphy’s books, all on the cusp of entering the adult orbit, have been huge hits in the US. One has even made it to the big screen and her tale can be viewed of Netflix. I’m talking about ‘Dumplin’. Here Ms Murphy now gives us a heroine for the younger set.

Sweet Pea DiMarco is truly as sweet as a spring pea in a pod. She’s a lovely creation and she’s about to graduate from her country’s version of primary school, which terminates with Grade 7. The big school, though, holds some trepidation for her, especially as her final year in the lower grades has been tough. Not only has her bestie, Kiera, moved across to that cool set, but her parents have split. The former couple, though, give some of the best messages in the offering. Not only are they neighbours and their abodes almost identical to ease the possible trauma for their girl, they remain close. The mum seems to have had few issues about giving her spouse the room he needs to be his true self. Sweet Pea’s woes are somewhat assuaged by a friendship with one lovely boy, Oscar, struggling a tad in the gender stakes. As well, on the horizon, there’s a potential relationship, of some description, with a new kid on the block.

Sweet Pea also discovers she has an ability as an agony aunt as the result of an unlikely turn of events, finding the opportunity to put it to work in her community’s daily newspaper. Her advice is sensible when she’s not acting on revenge, but we do not find out her response to one plea for enlightenment– a young lady who does not want to spend a first night with her boyfriend as she is frightened she may fart in her sleep. How would a fella respond to that? Help! 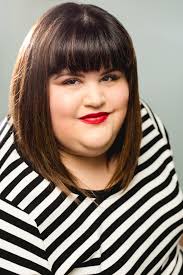 We fully suspect, from the get-go, that it’ll all work out for Sweet Pea – it’s the way these books work. And they’re nonetheless for that. Finding out how is the joy. Here the pages turn easily, there’s little to challenge the reader but more than enough to keep us interested so it’s a no-brainer to rip on through to the positive resolution. And this hoary old fella enjoyed it immensely. Thanks Kate.