The flaw, as Callaghan states below, stands out like a sore thumb, but it’s the only blemish in this mesmerising series with one brilliant, but bad, bad bully at its core. The Australians were just too Australian and against the evidence, too limp. Wife Beth (Siena Miller) is prepared to forgive almost anything of her husband, Roger Ailes, with employees Gretchen Carlson and Laurie Luhn (Naomi Watts and Annabelle Wallis), in the end, prepared not to. But ‘The Loudest Voice’ is all about Russell Crowe as the eventually disgraced high-flyer. He’s barely recognisable with his fat suit and bonus prosthetics. On screen he is compulsively despicable in so much that he does. Roger is the kingmaker; King of Fox News and king misogynist. He’s repugnant with his fondling of and thrusting at the female staff. They live in fear of what he can do to their careers if they don’t give him what he demands as his his right. He’s horrible, as well, with his far right views, hatred of Obama and love of Trump. But for all this, you can’t take your eyes off him. Not since ‘The Good Guys’ have I ‘enjoyed’ a Crowe performance more. For me it’ll be one of the year’s highlights and I suggest it’s well worth trialing Stan for it alone. 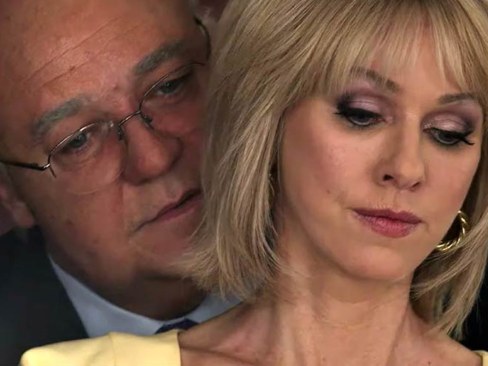 Jonathan Groff isn’t quite in the same league as Crowe with his CV, but has had prominent gigs in ‘Frozen’ and ‘Glee’. He is, though, a Tony Award nominated stage performer, so ‘Mindhunter’ is a change of course for him. In this Netflix series he plays the leader of a groundbreaking team as criminal profiler Holden Ford. His performance is outstanding. The self-centred, determined and socially inept FBI agent, as portrayed by Groff, changed the course of investigations into serial killers with his focus on similarities in their characters. Witnessing the development of his techniques are Bill Tench (Holt McCallany) and the icy Wendy (Australia’s Anna Torv). Hanna Gross is Holden’s tolerant girlfriend. Boy, does she have a bit to put up with. He and his team interview some of the nastiest, weirdest humans it is possible to imagine as they delve and prod to find the clues as to what makes a man (usually) a killer of multiple victims. It’s not pretty viewing at times, but it’s small screen tele at its best. Season one is on the platform now, with the second dropping any time now. 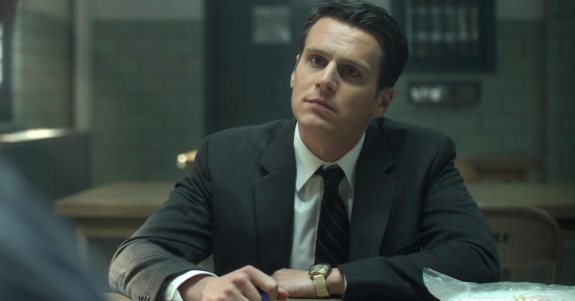 Do yourself a favour and watch both.