Remember ‘About a Boy’? I do, both the book (Nick Hornby) and the 2002 movie. It was the film that stuck most, which is no reflection on the prominent author’s wordsmithery. It was so well done with Toni Collette, Rachel Weisz and Nicholas Hoult. I recall it, though, mainly because it was the first time many of us realised that Hugh Grant could act; could show some emotion on the cinema screen. Prior to this title he was typecast as the ladies’ man pretty boy. In the offering he plays Will Freeman, initially a layabout fop with no fulcrum to his life, except his father’s royalties to fritter away – and there’s the nub. Will’s dad wrote a Christmas song – an earworm of a ditty that connected enough to become a yuletide classic. Son Will therefore will never have to lift a finger to earn a living – his father’s song being a gift that keeps on giving. Those familiar with the story know that it’s a lad coming into his life that changes all that. But the point of the exercise is that it takes only one song to hit and one is set for life. 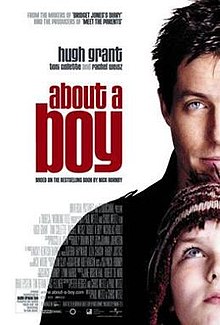 Now consider these two tunes that have stood the test of time ‘Angel of the Morning’ and ‘Wild Thing’. Two very disparate offerings, but nonetheless monumental hits. Keep them in mind. Don’t worry, we’ll come back to them. But now the sex bit.

With that – well, I’m sorry to disappoint. If you’re looking for a massive actual dose of it and nudity, you won’t find it here – despite the opening scene. That being said, ‘Sex Education’ is almost totally about the subject, watched by countless others on the Netflix domain. You may be a tad offended by it, but it does take an honest look at youthful coming to grips (sorry) with masturbation, penis-fear and anxiety about the act itself. Asa Butterfield plays Otis who, in the digital age, is trying desperately to lose his virginity. He’s not assisted in this by the fact that his mother – a very comely, confused and wanton Gillian Anderson – is a sex therapist. So the boy knows one or two things, but little more, about the mechanics and can exhibit a common sense approach to the mental aspects. He’s manipulated by wild child Maeve (a bravura performance by Emma Mackey) into becoming, guess what? Yes, his school’s very own on campus sex fix it man, despite his lack of actually ever actively participating in the process to its culmination. Still, she espouses his expertise in all its facets. If this all sounds marginally naff, just give it a go – and like its legion of fans you may also find yourself enchanted by its good writing, positive vibe and warm examination of the human condition. I loved it – and it bought me to Chip, with the assistance of my beautiful writerly daughter Kate. 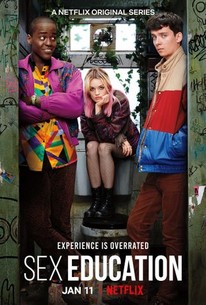 Over one of our regular city brunches she asked if I had ever heard of Chip Taylor. I replied in the affirmative that I had, but only in the vaguest way. When I in turn inquired what her interest was, she told me she had picked up on one of his songs on the soundtrack to ‘Sex Education’, emphasising how much it appealed to her. Back home I duly YouTubed it and yep, it was a ripper. But we’ll go there later. Let’s concentrate on the singer/songwriter for a while.

‘Wild Thing’ – a hit for the Troggs, Jimi Hendrix, the Runaways and the Muppets.

‘Angel of the Morning’ – a hit for Merrilee Rush, Juice Newton and Chrissy Hynde.

‘I Can Make it With You’ – a hit for Jackie de Shannon.

Enough to live on for several lifetimes, I’d say.

Now, add into the mix that Chip is also the brother of Jon Voight so therefore is the uncle of Angelina Jolie. 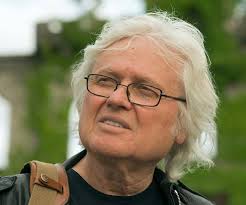 The man was born James Wesley Voight in Yonkers, New York in 1940. Originally he wanted to become a professional golfer, but teed off instead with ‘Wild Thing’, so it was goodbye to the golfing greens. He really wanted his own singing career in music and although he had some minor success, becoming a rock god eluded him and he turned to professional gambling. With his weathered voice he has now found his niche and a cult following (as well as a Norwegian Grammy nomination) on his return to the stage, back in the 90s. As for his ‘Sex Education’ contribution, here I feel I must state that I am not usually a fan of a certain word on the airwaves and in music – but it just seems, well, appropriate for once. It certainly caught Katie’s ear and my attention, did ‘Fuck All the Perfect People’. With its exposure on a high rating series, it has purchased for Taylor another signature song, this time one for his second coming.

To be or not to be
To free or not to free
To crawl or not to crawl
Fuck all those perfect people!

To sleep or not to sleep
To creep or not to creep
And some can’t remember, what others recall
Fuck all those perfect people!

Sleepy eyes, waltzing through
No I’m not talking about you!

To drink or not to drink
To think or not to think
Some choose to dismember, you’re rising your thoughts
And fuck all those perfect people!

Sleepy eyes, waltzing through
No I, I’m talking about you!

To sing or not to sing
To swing or not to swing
(Hell) He fills up the silence like a choke on the wall
Fuck all those perfect people!

To pray or not to pray
To sway or not to sway
Jesus died for something – or nothing at all.
Fuck all those perfect people!

Sleepy eyes, waltzing through
No I, I’m talking about you! 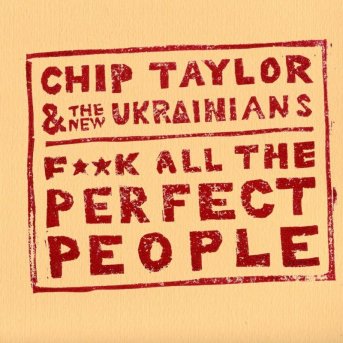 Check it out on-line – his performance of it – or, even better, treat yourself to ‘Sex Education’. A gem of a series produces a cross reference to a gem of a performer with a gem of a tune

Listen to the above tune here = https://www.youtube.com/watch?v=dt9GBafFzjE