It took me a while to warm up to Ms Dovey’s creation, although I never doubted her aptitude to wend together, with able wordsmithery, the two dominant strands of her tale. It just took a time for me to become engrossed in it – right up to the final chapters in fact. For much of the reading of it I found the history involved in the archaeological dig around Vesuvius, an aspect of one of the threads, far more interesting than the interlocking saga of the two main protagonists. 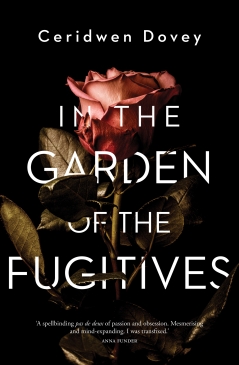 Vita is a middle-aged academic living in, of all places, Mudgee. After a life rotating around Oz, RSA and the US, why choose this place to settle down? In the end it becomes clear. Her birthplace was South Africa, a country she returns to as a younger woman to pursue her art in a somewhat desultory way. I should imagine this nation these days isn’t an easy one to love. It would have perhaps not so been the case during the apartheid days, depending on what side of the equation one was on. She gives her returns to her home country her best shot and challenges its outside perceptions.

Her old mentor Royce is not a well man and it soon becomes evident that, what he had with Vita, was of a closer nature then purely to guide her in the ways of academia. After a long estrangement he reconnects with her in the old fashioned way – by letter. Initially the book is in the form of a reproduction of their missives to each other, but soon its alternating chapters morph into the story of, for a time, their shared lives. But Royce has something on his conscience – his unrequited infatuation with a fellow university class mate, Kitty. He later follows her to a scientific excavation in Pompeii – her special interest being the Roman gardens of the time. Despite Royce’s best efforts, Kitty falls in love with a most alluring fellow who is not the solid, devoted beau Royce feels he could be to her. So, in his correspondence with Vita, there’s a secret he just has to laden her with.

It all made for a very interesting piece of work but, despite the surety of Dovey’s construction, it was a slow burn for me, measured by the weeks it took me to get through it. It was not a novel I rushed back to each day.