Melancholia. It’s not something I suffer from as a rule. But I had it that last morning in Sydney. And I really had no strong notion as to why. As I set out from my hotel I was flat as. The melancholia shouldn’t have been there. I’d had a marvellous time in Sydney. And at the same time I was also relishing getting back to our abode by the river in Hobs and catching up, after a week away, with my lovely lady. She’d been working assiduously to improve the décor of our little house and I was keen to get back and see the results. I should have been far more buoyant, but there it was, a malaise had come over me. Was it because summer was drawing to an end? That usually got to me once upon a time – but not during my retirement years. The skies over Harbour City were dank and gloomy for the only time during the visit. Perhaps that was it? Maybe it was because I had been anticipating this sojourn for a fair time and now it was drawing to an end. I couldn’t see it as all expectations had been met. It was a trip made partly in memory of a mate who had always planned to accompany me this particular time. I miss him. Could that be the source? Whatever the cause, I needed a lift in spirits before I headed home that afternoon.

The Rocks Market was my destination as I hopped on the train at the Museum Station, heading for Circular Quay. When I arrived the stallholders were still setting up so I had a bit of time to kill. I just wandered aimlessly around, pointing my camera here and there – something that usually has a positive effect on me, but not this time. It all felt somewhat desultory.

I like buying artisan greeting cards at markets, particularly ones created from the artworks or photography of those selling them. I’d also, during my days there been to the Manly and Paddington Markets as well, but the pickings at those outlets were slim. I did a preliminary circuit once back at this market and I could already feel myself lightening up. Now this was more like it. 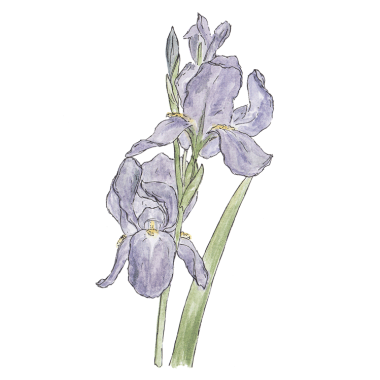 I noticed her work offerings very early on in my rambling around the stalls and I was immediately back after I had completed my initial looksee. Her selling space was covered in cards featuring her quirky pen and water colour illustrations. I knew two beloved granddaughters who would especially appreciate them and I was soon absorbed in choosing.

And the first thing I noticed about Stephanie, their talented creator, was a gloriously welcoming smile as I handed over my selection for purchasing. I placed her vintage as being around late twenties and although I am notoriously bad with assessing the age of the opposite gender, I later discovered I was around about the mark. But no matter her years on the planet, she was radiant and as it turned out, she was up for a chat. I let her know I was from Hobart and that was a springboard for our conversation. She was familiar with my city, had visited Mona and as it happened, her parents had recently moved to somewhere around its outskirts. She was looking forward to visiting them in the little city under kunanyi. The English born beauty then confided that this was the first time in a while she’d been able to be present at the market as she had only just recently returned from the land of her birth. From there she explained she had in tow with her somebody very dear to introduce a life Down Under to. I sensed she was very excited about this prospect as her eyes were sparkling with joy. By now she had this old fella mesmerised in the best way possible.

But, sadly, I became aware, after five or ten minutes, that I’d already taken up too much of her time as others were now similarly engrossed in her wares. I had to force myself to say farewell and be on my way. Before I did so, though, she gave me her card and requested that I contact her with any suggestions I may have about how to spend one’s time in Hobart. In doing so I was graced with another beaming smile. I was cured. I was back to glass half full, the spring had returned to my step, I looking forward to, on my return to Tassie, fulfilling the task she had set me

Like all of the random people met during my travels it is unlikely our paths will cross again although, hopefully, that visit will not be my last to the Rocks Market, so you never know. I will remember the vivaciousness and charm of Stephanie Gray who, during our conversation, told me how she had her start in her artistic endeavours, a story she also told for the pages of the Daily Telegraph a little further down the track. Seems it all commenced by her designing a set of playing cards for her parents. Now that, in my view, has expanded into something quite special. Of course, once back in my abode by the river, I had taken to the ether to discover more about this person who lifted the gloom for me that day.

Her loveliness lit up the remaining hours till my flight and I returned to my very own vivacious and gorgeous lady without a blue feeling in the world. So thank you to Stephanie. There must be something in the name.