When you spend time with J Green you are in the company of YA royalty. Since the movie of ‘The Fault in Our Stars’ appeared his fame has been stratospheric. Of his tomes, ‘Looking for Alaska’ is my fav and whilst ‘Turtles All the Way Down’ isn’t quite up there, for me, with the two already mentioned, it is still a very fine piece of writing in anybody’s language, seeing him flying well above the pack. Is it a bleaker effort than what he has served up earlier? I think so, with this being backed up by a few reviews I perused online. Jennifer Senior, writing for the New York Times agrees that this title is ‘…far darker, not so much because of its subject matter – though that’s dark too – but because of how he chooses to write about it.’ There was much more a lightness of touch to his other offerings, especially ‘The Fault in Our Stars’, despite it’s grim possibilities – youths afflicted by cancer. This isn’t the case here, with what one would normally assume to be a milder affliction, anxiety, at its core. In reality, though, as in the book, milder is completely the incorrect term to use. Perhaps this work is a reflection of the darker place JG himself has been in recent times due to his own battles with OCD. Perhaps it’s because this one is personal. 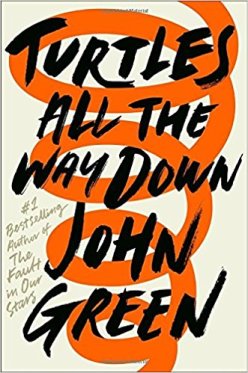 Reading the cover blurb, though, for this novel, you could think it was likely to be trite in nature – two teens pursuing a reward for information regarding the disappearance of millionnaire, Russell Pickett. As Aza and her fearless mate Daisy attempt to track down the dodgy tycoon, their relationship is sorely tested – and Aza manages to fall for the fugitive’s son, Davis. But love, what’s that? Aza is not quite sure, not aided by the fact actually kissing her guy is, in itself, fraught with danger. You see pashing enables the transfer of saliva. Swimming around in that viscous liquid are zillions of micro-nasties – horrible things that give Aza the heebie-jeebies. She’s suffers from anxiety attacks They are nothing to be flippant about. The issue is very real and disgusting for her. To cleanse her system she drinks hand sanitiser. Aza knows this is a dangerous solution, but nonetheless she is compelled to do it. She is a captive of her compulsions. At times, Aza feels, she cannot even control her own thoughts. And by the time we reach this stage of the novel the finding of a high flying white collar crim is only a relatively minor thread. That is eventually solved tidily enough. 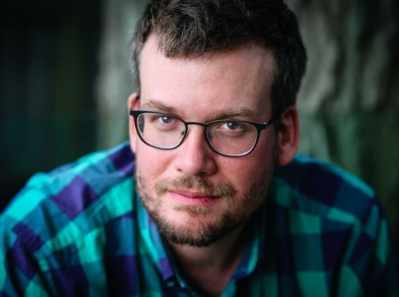 But Aza’s problems are not, on the other hand, to be remedied in the usual Hollywood fashion. The ending most readers will expect to play out simply doesn’t, a fact that didn’t go down well with some reviewers. But, for my money, it fits the nature of the lessons John Green is trying to pass on – that they may, in themselves, be the ones he has found hard to adhere to in his own experience. With this offering we are perhaps closer to Mr Green the man than John Green the novelist.