‘The Soldiers Curse’ ‘The Unmourned’ – Meg and Tom Keneally

Monsarrat is a ‘special’ when we first meet him. He’s a convict who, because of a much required talent, is bestowed upon with special privileges denied his cohorts in chains. Monsarrat possesses a thorough knowledge of legal matters, due to his UK background; has a way with words and a fine copperplate hand – in the days when that counted for something. In Port Macquarie he has aspirations, but before he gets ahead of himself there are those who make sure he never forgets his all too lowly station in life – even if, perhaps, they would be lost in that life without him. But, all in all, his existence there isn’t too bad. There’s Mrs Mulrooney, the camp commandant’s cook, who’s a good mate; as well as there being, somewhere up ahead, the possibility of a ticket-of-leave, but only if he can continue to keep his nose clean. ‘The Soldier’s Curse’ is supposedly the first of twelve planned novels revolving on Monsarrat’s adventures sleuthing around in early Oz. It’s set in the first half of the Nineteenth Century. And the combination of esteemed writer Tom Keneally and his daughter Meg are, with this initial one, off to a ripper start. 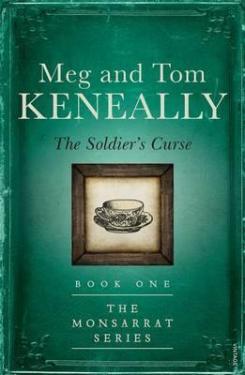 Now I’ve never been a huge fan of the senior writer. I’ve read a few of his output over the decades, but a new release from him is never a must-have. But I had perused some good notices for ‘The Soldier’s Curse’ and with the early years of our founding always fascinating, I decided, when the cheaper paperback version appeared, to give it a burl. I knew, once I started, that I was onto something a little different for me, but it was also something that was going to keep me thoroughly engrossed for the duration. I was soon out buying ‘The Unmourned’, not the least interested in waiting for a cheaper edition further down the track. I am now eagerly awaiting the third in the series. But back to the first. 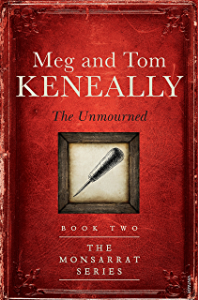 There were very few women amongst the 1500 free and not so free souls at the Port Macquarie settlement during Monsarrat’s time, but of course the most prominent was the wife of the man in charge, our hero’s ultimate boss. But the seemingly virtuous and beauteous young woman is ailing – and there’s more to her mysterious illness than meets the eye. Of course the good (seemingly) and privileged felon and Mrs M are soon on the case, especially after her demise. Perhaps, they discover, she wasn’t so lily-white after all, but why do her in? There are soon a number of suspects with, of course, eventually our dynamic duo sniffing out the real culprit. As a whodunnit, it’s about as far away from airport fare as one could get. The two investigators are also far from daringly heroic and the pace is leisurely, making it all the more to savour. The suspects take some sifting through. Best of all though, this tome and its follow up bring to life what life must have been akin to in early colonial times for all levels of society. We have vicious floggings and violent stabbings in eye sockets as well as sadistic officers. These are countered by a fair share of do-gooders. The system, at its lower level, still provided a modicum of hope that there was a chance to better oneself in a way that wasn’t possible back home in England. There is more of the same in ‘The Unmourned’ with, as a reward for his efforts up on the northern coast, Monsarrat, along with his sidekick, returning to Sydney. Now the focus switches to the plight of female convicts. Just who was responsible for the aforementioned skewering of notoriously evil overseer Robert Church at the Paramatta Female Factory? It all points to Grace O’Leary, a sparky rabble-rouser who, with her guile, has emerged as a leader of sorts amongst those in an olden days ‘Orange is the New Black’ situation. The authorities want her to swing as soon as possible, but they don’t count on a feisty, dogged pair having other ideas. 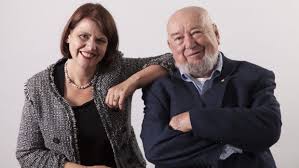 The Keneallys, in their interviews, have suggested their lead character is based on one James Tucker who, like Monsarrat, was a cut above the average transportee. After successfully applying for his ticket he wrote ‘Ralph Rashleigh’ in the 1840s, giving a fictionalised account of convict ordeals.

I’m excited that the makers of ‘The Doctor Blake Mysteries’ are keen to work their magic on the product of the father/daughter act for the small screen. I am also excited that, at the end of ‘The Unmourned’, Monsarrat is informed that he is again being moved on. Where to, you might ask. Why to our very own once upon a time not so fair island.

Interview with Meg and Tom K about the Series – http://www.abc.net.au/radio/melbourne/programs/afternoons/meg-and-tom-keneally-commit-to-12-books-in-the-monsarrat-series/8388996