Forty Years ago I fell in love. Forty years ago, at some stage during 1980, I purchased ‘The River’. I was smitten then and I still am. The Boss, backed up by the full bombast of the E Street Band (Nils Lofgren, Steve Van Zandt and the late Clarence the Big Man Clemons are amongst the august band’s alumni) on that double album, won me. Then came the more subdued solo release ‘Nebraska’, which I also played to death, in 1982. Of course, two years later, everybody’s synapses were filled with the ear-worm that was ‘Dancing in the Dark’. Sales of ‘Born in the USA’, now on the indestructible CD format, went through the roof. For me it was an okay release but, compared to ‘The River’ and its follow-up, it was second tier for the Boss.

With CDs not introduced into Oz until 1982, my original ‘The River’ was on vinyl. Prior to it I had been aware of Springsteen – may have even purchased a couple of his earlier breakout albums. But it was the sumptuous double with tunes like ‘Hungry Heart’, ‘Independence Day’, ‘Point Blank’, ‘I Wanna Marry You’ and the eponymous title song that made me a fan for life. 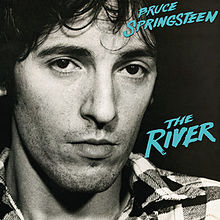 I can’t say I have all of Bruce’s output – just a goodly number are sitting in my rather jumbled CD shelving. I’ve been buying him since the 80s. ‘Human Touch’, ‘The Ghost of Tom Joad’ and ‘The Rising’ are also amongst my favourites. And stored away somewhere, I proudly possess his ‘Live/1975-85’ box-set on vinyl. Last year came ‘Western Stars’. Not everyone took to it – but I did. Under the influence of wife Patti Scialfa’s musical nous and as a tribute in part to the great Glen Campbell, he changed direction. The Boss moved away from the E Street sound and that of his other solo work to produce a collection of self-written songs that are full of lush, almost elegiac arrangements, also courtesy of Patti. It is a paean to the American West and in my view, it’s a beauty. But, in good news for the true believers, there is evidently another release chalked in for later this year with his signature backing band.

Yep, 2019 was a big year for our ageing hero who has reached the big 7-O, but obviously still going strong, as I hope to be approaching that milestone. At the commencement of last year he’d just finished an extended run of his one man show, ‘Springsteen on Broadway’. You can see what that was all about on Netflix. It’s a stage memoir of his life, with some acoustic songs thrown in, much like what Jimmy Barnes has done here in Oz. Well worth seeing. But, basically, last year was all about ‘Western Stars’ though, now with a cinematic documentary to accompany it. That ran in the multiplexes for only a short time, so hopefully it will also soon appear on a small screen platform.

In my admiration of Sprinsteen and his music, I can safely say, I am no Sarfraz Mansoor. BS has certainly rocked my life, but it didn’t come to dominate it, unlike with super-fan Sarfraz. He was 16 in 1987, leading a quiet so-so existence; son of a migrant family in grimy Luton, United Kingdom. One day he came across another fellow Paki, who was wearing both headphones and a rapt expression. Said fellow was jiggin’ his noggin to the Boss. Now Mansoor had heard of Springsteen, but associated his music with white bread old farts. Dads trying to be hip and with it. What could he possibly have to say to a young Pakistani youth going to school in a hardscrabble industrial town? Quite a bit it turns out, with Amolak trying to convince him of that from the get go. His new mate loaned him a few tapes which he inserted into his music machine that evening after school. And would you believe – the first ditty he listened to was ‘The River’. It blew him away into some sort of parallel universe. He was soon even more fanatical than the tape’s owner. That chance meeting began a lifelong infatuation. The Jersey Shore is not so removed from Luton, UK, after all. 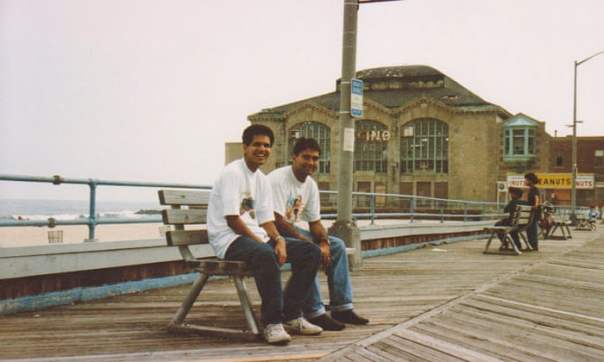 Mansoor credits the Boss for expanding his horizons, dragging him out of his challenging environment into his present day life of journalism and broadcasting. His friendship with Amolak has endured with a now quite famous image of the two of them, taken in 1990, when the duo visited BS’s ‘My Hometown’, on the Asbury Park Boardwalk, New Jersey. So how did this photo of a pair of English Paki fans achieve a celebratory status?

In 2007 Sarfraz Mansoor released his memoir ‘Greetings from Bury Park’; Bury Park being a suburb of Luton. Sprinsteen officiandos will get the reference. And these days Sarfraz has more than one close buddy. Another is film director Gurinder Chadha, famous for ‘The Viceroy’s House’, ‘Bride and Prejudice’ and the iconic ‘Bend it Like Beckham’. She took SM to the London premier of a documentary, ‘The Promise’, made about the album ‘Darkness on the Edge of Town’. Of course the great man just happened to be in attendance and as friends do, Gurinder introduced Sarfraz to him. By this stage the now well established Mansoor had been to over one hundred concerts of the New Jersey singer. It came out later that the Boss was actually starting to recognise him in his audience for he was always up near the front. He stood out with the big hair do he sported at the time. Once Ms Chadha mentioned his name to BS something totally unexpected happened. The performer’s eyes lit up and he said, ‘I’ve read your book and it’s amazing’. So the stage was set.

Gurinder had always thought there was a film in her friend’s tale, but the difficulty of getting the rights to the singer’s musical catalogue would possibly be a bridge too far. And what would the movie version be without those songs that transformed a life? But, with the knowledge that the man was well aware of the written work of her pal, there was a bit of daylight. For a while she was sidetracked by other projects, but come Brexit and its possible curtailing of unlimited immigration to Britain, she began to feel the time may well be opportune. It could portray what it was like growing up in the UK during a period when life could also be pretty grim for a newcomer to the country if his/her skin colour was little dark. She started work on a screenplay. By 2017 the only issue that remained was the music. Mansoor managed to get an email personally to Bruce himself, bypassing his middle men and he found the Boss was quite okay with them using some of his songs. ‘Blinded by the Light’ came to our cinemas in 2019. 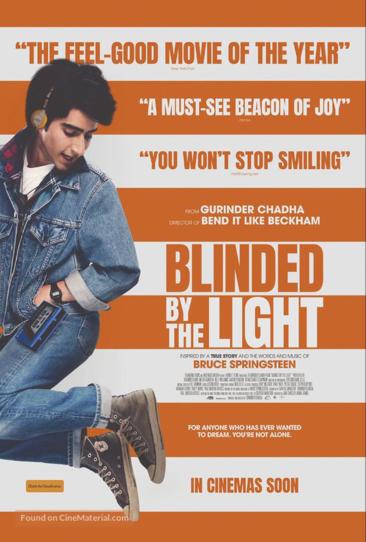 I thoroughly enjoyed this coming of age, rite of passage saga up on the big screen. I suppose it helps being enamoured of the same music myself, but I suspect even a non-fan would be uplifted by this movie. And there, in the end credits, he or she would see that Jersey Shore snap of two bosom buddies celebrating the fact that they had made it to the Boss’ old stomping ground.

Apart from his fascination for the E Street’s major asset, Sarfraz always harboured a desire to actually live in the US, where he felt the grass would be greener and that the country would live up to its reputation for a place where anybody could make it. He was working towards that when the Twin Towers came down. After that, the UK, for all its issues, seemed the safer place to be. But he still visits the US regularly and there’s that lovely moment, featured in the movie, where a reference to the Boss smoothed his entry into the country at a time when any man of colour was regarded with some suspicion. The Boss opens doors.

From S Mansoor himself – ‘His songs reflected a working class experience that echoed mine. He sang about fathers and sons with an honesty and empathy that made me reflect on my relationship with my own father. He also articulated a generous version of American patriotism that suggested the US was an inclusive and welcoming place.’ It goes without saying that this image has been destroyed, in recent times, by you know who.

The world needs movies like ‘Blinded by the Light’ to counter the toxicity associated with Trump, Brexit and the rise, once again, of xenophobia. See it if you can. Love him or not, this ode to Springsteen is a ripper.

Trailer for ‘Blinded by the Light’ = https://www.youtube.com/watch?v=f1YFA_J5JBU

1 thought on “Blinded by the Boss”