1. Grandfatherhood. There was a time when what I wanted most in the world was a granddaughter. I have no logical reason as to why I hungered for one gender more than the other. I knew I could love a him too, but that was just the way it was; just the way I felt about it. My beautiful daughter and my beautiful daughter-in-law stepped up to the plate and they each gave me one and I was beside myself with happiness and contentment. But, in between the amazing Tess and the equally amazing Ollie, something else quite wonderful happened; something that changed my way of thinking. Along came Brynner. He’s not one of my own in the strictest sense, but is grandson to my darling Leigh. She loves him and brother Tobias fit to bursting. But Brynner. Being close to him – the joy he has not only given me, but those around him, who adore him dearly – and the endearing nature he possesses soon meant I began to wish for a grandson too. One of my very own. Brynner has shown me that, yep, boys are certainly different – as if I didn’t know that from my teaching days – but they are endowed with charm as well. Particularly Brynner. He is a boys’ boy. He’s no namby-pamby. He is not adverse to mischief, nor the rough and tumble. There can be a bit of devilment in those eyes. But his Mum and Dad run a tight ship. He knows there are boundaries and crossing over them means meaningful trouble – and that’s the way it should be. But I love his patience too – the ability to follow something through to a worthy final product. I love his desire to help others, particularly those whom he perceives to need a bit of assistance in a tight situation. I love that he is now a reader and that his school reports reflect what a virtuous young man he is at his core. But, best of all, I am so drawn to him through the way that he relates to our precious Tess. They are not blood kin, but in the truest sense they might as well be cousins. She doesn’t need looking out for, but he does any way. The rough and tumble is moderated as they play, often with heads together trying to nut out something or other. I know Tessa gets very excited when she knows Brynner is coming to town for the fun that will be had. I’m hoping he’ll come to town again very soon.

I have a photo of the two of them that I cherish. They’re walking along a Hobartian street, up ahead of the rest of us, hand in hand. It’s just the best image. It says it all.

2. And now I have a grandson of my very own. Max. He’s the smile-iest bub I’ve ever known. There is a feeling that he thrives on the pleasures of life and his happiness is infectious. There’s a sparkle in his eyes that swells my old heart. I know his formative years will be spent growing up in a world of his imagination. He will only have to be taken down the stairs, at his home in Briddy, for that to happen. There he will enter a world of the fantastical with my son’s collection of action hero figurines. Outside the home there is the domain of Shannon’s family to enfold him. There will be such big boys’ toys in their workplace that most growing lads can only dream of. What fun he’ll have there alongside big sister, Olivia. And he’ll have two grandfathers’ wholehearted love. And a special arrival came across the water too– a fine little fellow Beau, loved by all. 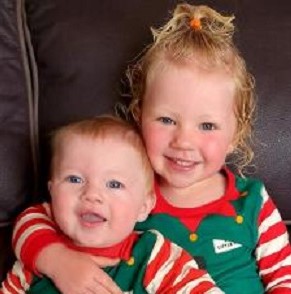 3. Someone else who has my wholehearted love is my amazing Leigh. She was at her remarkable best this year, delivering to our little abode by the river a sparkling new kitchen. A kitchen this scribe, who likes to spend a little time in that room, could have once upon a time only dreamt of. As site manager Leigh had countless frustrations, time delays and tradies to cope with, but she did everything with her usual aplomb, patience, customary charm and glass-half-fullness. She overcame all obstacles to gift us something quite superb.

4. Bravery comes in different ways, shapes and forms and I’ve been touched by bravery this year by people close to me. There have also been departures by those who had previously formed part of the fabric of my life.

5. I’ve had terrific times with Sandy and Jasper during the course of 2019 and I love all my canine charges. But, this festive season, I’m with a very special old girl and I’m relishing it. She’s not as nimble as she used to be and I’m told she’s now around a century in doggy time. She’s quieter too these days and her limbs don’t carry her in the same way as they did when she was in her pomp. That’s when I first became enchanted by her, all those years ago, on a visit to the Gold Coast. Summer is adored by her masters, Phil and Julie. A dog such as her, with her loyalty and now her dignity, is pure gold. She receives the best of care I can possibly give in my time with her, does this venerable and giving dear, dear girl.

6. I do enjoy my times in the homes of those who entrust me with their precious pets. I so enjoy feeding the birds with Jasper at Stefan and Denise’s, as well as being able to indulge myself with the luxury of a wood fire there as I did this past winter. As well, there’s no better strand to parade a dog along than the one at Sister’s, particularly if I’m fortified with one or two of Ruth’s Anzac slices.

7. Something called a blue-tooth has increased my ability to listen to the music that I love. I’m still not exactly sure what it is or how it works, but thank you Leigh-lad and Katie for setting it up for me. 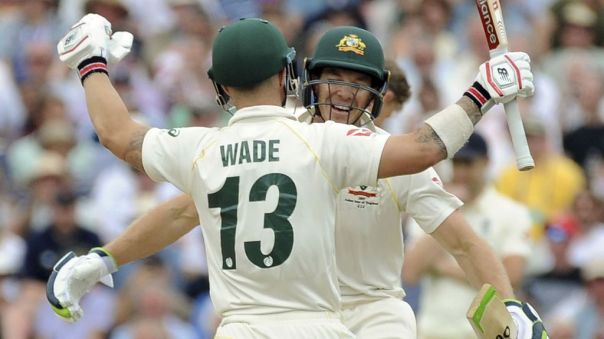 8. Cricket is on at the ‘G as I write and that sport produced so much that was positive in 2019. I loved listening on overnight radio to two Lauderdale born and bred willow-wielders batting together, helping win a test that put us well on the way to retaining the Ashes in a classic series. One of those guys is now the captain, dragging us out of a dark time after Sandpapergate. He is not the best going around in terms of run making, but he is in the Mike Brearley mould – a man who can lead men at a time when there was a culture to raise away from the boorishness of the past.

9. The AFL also delivered its great stories. In the women’s game a photo came to represent all that is magnificent about our female athletes in any sport – that and the vast numbers who turned up for the AFLW GF in Perth. On the men’s side, how could we not be moved by Sydney Stack’s celebration of the wizardry of Eddie. Sometimes something just transcends team rules. The final dance also produced a story for the ages when an Aboriginal player, with a dodgy history, debuted and almost stole the show. 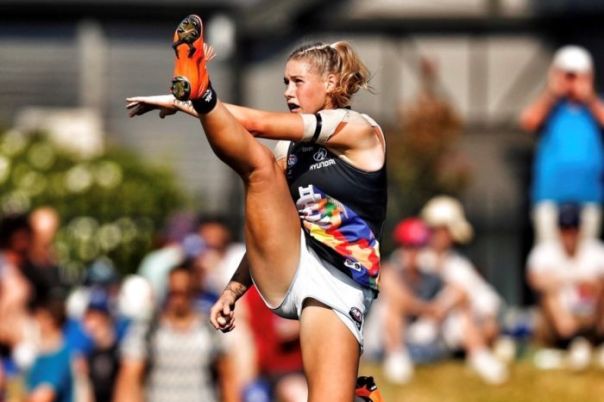 10. I received much pleasure in and from forwarding on Richard Glover’s letters from his dog, Clancy, to his canine mum and dad back in the bush.

11. The best cinematic experience of the year came, not from the movie I was viewing, but in the surrounds I was doing so in. It was my first visit to Launceston’s Star Theatre. I hope it won’t be my last. 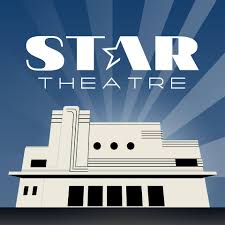 12. Through all the good times I had during the last twelve months, as well as the few downers, my cherished Leigh was by my side. She is quite extraordinary – but, of course, you all know that. I’m blessed to have her love, as well as that of my son and daughter, together with my glorious grandchildren. And I can’t forget my dear mother. Nan’s still going strong at 93.