‘A guy named Kinsey made quite the splash — built lasting infamy, in fact — with his research in the late 1940s revealing how often men and women supposedly thought about sex. It was groundbreaking stuff. And in 2019? Who knows? At my age, who cares? But based on no research whatsoever beyond a keen sense of my fellow males’ desires and a finger on the collective pulse, I reckon men spend more time thinking about different, more nutritious sins of the flesh than the carnal. If there is a hardy perennial in the masculine thought forest, surely it is the right way to cook a steak.‘

I recall, many beautiful moons ago, when I was courting my lovely Leigh, I knew pretty soon that she was the person I wanted to spend the rest of my life with. And that was well before, Mr Lethlean, she cooked me a steak. Now she is not overly fond, herself, of great slabs of red meat on a plate, but when she did present me with that first rump, well, there was the decided bonus; the icing on the cake. I already had realised she was a wonder in the kitchen, but that evening, feasting on her tender, juicy, charred to perfection piece of beef, I was in gastronomic heaven. She seemed to know all about the heat required initially, how long on each side to grill it and that it is necessary to rest it afterwards. But, for all her expertise, it is a rare occurrence that we do steak at home. We usually head out for that – or at least that is my aim. Leigh will usually order something else from the menu, but once in a blue moon will have a small eye-fillet or something akin. I invariably put my hand up for the rump, although my expectation is it will never match that piece of meat I was tempted with way back when. But occasionally I’m surprised.

More often that not it’s the Claremont we head to. There the steaks are basic – large enough but of a thin cut. Tasty, certainly – and filling. Relatively inexpensive they are for, after all, this is a working-class venue. We’ll call the rumps there working class too, shall we? But we like the feel of the place, Great Northern and Furphies are on tap and it’s fairly close to home. 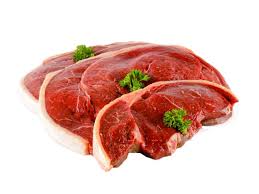 We go further afield when we up the ante to middle class. I can cite Burnie’s Mallee Grill and East Devonport’s The Argosy as the epitome of knowing how to consistently produce a solid product when it comes to the steaks they turn out. I’ve eaten at each oodles of times and they’re great value for your dollar, never stinting on size or quality.

I am not an upper class person by nature and not at all into fine dining, but for top notch steaks, in my experience, NoHo’s The Roaring Grill is the place to head. They have proven, on the rare – get it, rare (I usually order medium) – occasions we have been there that they have the art to transform top quality cuts into the culinary nirvana close to what was produced that night at Leigh’s Lane Street abode. 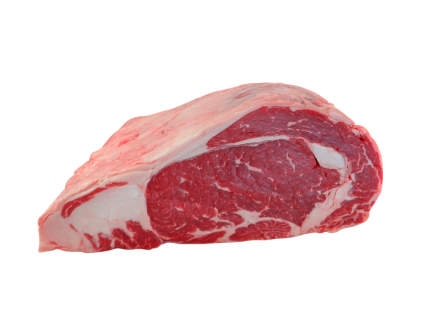 But then, earlier this week, I struck it at, some would say, the unlikeliest of locations. And after having broken my rule, too, about only ordering rumps. A piece of beef to match. The venue didn’t offer that usual choice of cut so I opted for the porterhouse. I must admit I was pleasantly surprised by the size of the portion that arrived on my plate and, my lordy, was it succulent. The generous, thickly hewn slice was just singed enough for my taste and gorgeously pink in the middle. Divine. Where was this, you may want to know? The once humble Risdon Brook Hotel, now recently and pleasantly tarted up. It is conveniently placed around halfway between Eastlands and our home on the river, so it’s ideal to linger there for a counter meal after a late afternoon movie or shopping. I know I’m already hankering for a repeat.

But the change in the habit had me thinking, later on, as to the etymology of the word ‘porterhouse’ in reference to steak. In my mind it conjured up Nineteenth Century Thames-side London of smoggy mist and foul pungent aromas off the river. I had a vision of a bustling, smoky, none-too-savoury very common inn (house) full of porters drinking, well, porter and feasting on steak and oysters out of trenchers. But, taking to Wikipedia, I found, disappointingly, it had its origins on the other side of the Atlantic. The exact provenance is still in dispute but most seem to think the name originated from a Mr Zachariah B Porter who ran Porter’s Hotel on, appropriately, Porter Square in Cambridge, Massachusetts. It’s in his memory that the piece of muscle, cut away from the T-bone and then cooked up, is named after. I like my imagined version better.

Of course that porterhouse at the Risdon may have been a one off – the chef lucking in catching it at just the right time to remove it from the griddle and causing me, in turn, to luck in as well. So we’ll just have to try it there a few more times, won’t we? Just to make sure.

(Oh, and we did send our compliments to said chef.)