‘I’ve always loved the ritual of a man liberating me from a bra. The sexiest of them didn’t fumble; the best had confidence and that holiest of grails, tenderness. They did it with reverence, as if opening up a treasure chest;…Bras, an instrument of the male gaze and wonderment, oh, didn’t we know that.’

Oh, how hard was it trying not to fumble – but the release, when it came, was worth all the nervousness, even if there may have been a little embarrassment if the front-loading variety was encountered.

There is that reverence to it, certainly, but it’s a thing of beauty, as well as a thrill, to unencumber a woman’s breasts, especially if that unencumbering is privately for your wonderment alone. What warming memories it creates. To a lesser – much lesser – degree, if this occurs on a screen, small or large, there’s still an element of all that as well. It’s all something time can never diminish.

Of course, from a male’s perspective – this male’s perspective – there’s also something to be said for completely freeing the breast as well. I hark back to my 1970s days when I was at uni and later, in the workforce – days that coincided with the cheesecloth era. In my early teaching career there was a liberated young lass, a colleague, who did not include a bra as an item of her clothing when she fronted a classroom. It was too much for our otherwise quite tolerant principal the occasion a cheesecloth blouse was worn, leaving little to the imagination of her pupils (it was a secondary school) or her fellow teachers as she strutted around the corridors. It had to be a case of bra-up or think about another career. Those were the days.

Is there an equivalent for the male? No, not exactly – but there is one item that once featured in my wardrobe but now, for comfort’s sake, is never disported by this anything but fashionista in the here and now. I can safely say I haven’t worn one this century, nor for a few decades preceding. And unlike Ms Gemmell’s prognosis for the bra, I doubt, though, whether this strip of material will ever disappear for good. It is entrenched as de rigueur for many professions and workplaces in the public eye. I did wear them, back in the 70s, along with my paisley shirts, flares and platform shoes. Then they were wide and funky, there being a sort of competition between the male staff as to who could get away with the most outrageous and bad taste design – although I do not think that same principal had to threaten anybody to tone them down. But trends fade away and perhaps that was also the death knell for this guy wearing ties. Ties became conservative, I went for more casual. Thankfully, by the 80s, fewer and fewer of my teaching pals wore them. There were a couple throwbacks to the 50s then, but a tie in a public school today is as scarce as a hen’s tooth.

Does a tie equate with a bra? I could be wrong, but sensually removing a tie would not have the same effect for the female of the species than if the role were reversed – if she was doing the same with that undergarment, or any garment for that matter. But then, I’m not qualified to answer. Ties have little functionality, unlike the bra, given that they were initially seen as a better option than the corset. Ties, to put it bluntly, are simply just a pain in, or around, the neck. I can only but remain in agreement with NG – a bra being removed is truly ‘…exhilarating’ in contrast. 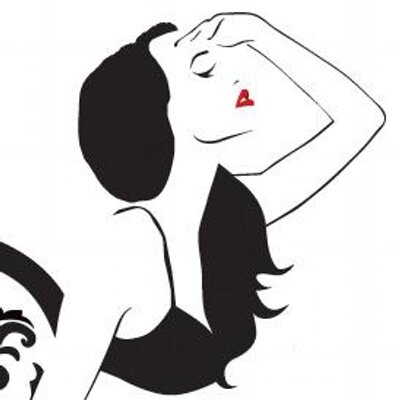