My impressive and lovely daughter-in-law manages the company that runs supplies to the Furneaux group of islands in Bass Strait from its base at Bridport on Tassie’s north-east coastline. The hardy and handy crew that ride the flat-bottomed boats to Lady Barron on Flinders Island, as well as a smattering of other locations in these capricious waters, know well that in the past many ships passing through did not make it to their destinations. The area is a shipwreck graveyard. One of the earliest of these was the ‘Sydney Cove’ out of Calcutta.

It’s objective was the eponymous colonial port and outpost, less than ten years old, with a population of only a few thousand souls. Most of those were there against their wills. Many of its inhabitants suffered from a great thirst. The purpose of this ship’s voyage was the business of slaking it. Their carrier had been renamed, back on the Hooghly, as a selling point, but unfortunately the accompanying merchant never had the opportunity to find out if this act was to his financial benefit. After the long voyage south into the Roaring Forties, from India, it was lost just north of Cape Portland on the little isle later to be named Preservation. This was at a time (1797) when the passage and open seas between Van Diemen’s Land and New Holland had yet to be fully mapped. For the survivors of the wreck the only chance of long lasting survival was to make contact with Sydney. A small party would have to find their way north, first by long boat and then by Shank’s pony, for 700 clicks. Their trek to seek assistance for their fellow seafarers back on Preservation Island is one monumental feat for those formative years of European occupation, but is still shrouded in mystery. There is so much we do not know. Why, for instance, did only three of the original party actually make it, found by fishermen crawling along a beach on the outskirts of civilisation as they knew it? Serong deftly adds fictional flesh to the bones that have eked down to us.

The only remotely accurate historical account of their privations comes from the merchant, 27 year old entrepreneur William Clark. The other survivors to make it to Port Jackson were two seamen, one white and the other an Indian. Serong gives them identities. One is a chancer who has stolen an identity to evolve into Mr Figge. The other is a youthful Bengali servant to Clark, Srinivas.

Governor Hunter, under pressure from both London and the Rum Corps, needs to investigate the veracity of Clark’s tale before he sends off a rescue party to the south. He appoints Lieutenant Joshua Grayling to unravel the stories of the two men and the boy. He discovers enough inconsistencies to drive a truck through – if they had them in the olden days!

Jack Serong’s two previous tomes – ‘The Rules of Backyard Cricket’ and ‘On the Java Ridge’ – had both been winners in my book. The former lawyer does not let his fans down here. 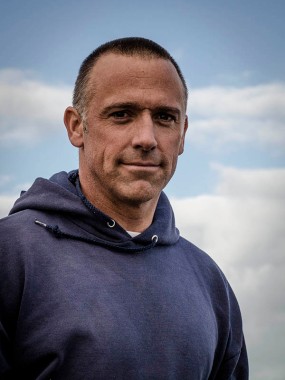 Through Grayling’s interrogations we get to know the interviewees, that is, if they are to be believed. This is especially the case with the two adults, but once the Lieutenant twigs that the servant can speak English, matters become a tad clearer. We also discover much about the officer himself, his ailing wife, who becomes more and more central to the story, as well as the very early days of our oldest white settlement. The original Australians also figure prominently. Pemulwuy is just outside the settlement’s boundaries, waging his rearguard action against the invaders, terrorising the new arrivals. But many of his people are drawn to the new arrivals. These Aboriginals are yet to be clothed and made ‘respectable’, but are ultimately ruined by the foreigners and their prudish religion. The trekkers, battling their way from Eastern Gippsland up to almost their goal, also had the first landholders to contend with. Largely the Gurnai Kurnai and Eora were benign, often proffering help that was sometimes accepted, sometimes not.

How far Serong’s story may be at variance to the actualities of the event we simply do not know. It is historically correct, though, that a sensation was caused by the trio’s arrival in the colony. This focused the minds of the movers and shakers of the time to send Flinders and his mate Bass off to map around the Furneaux Islands and to discover the Strait. It was then opened up to our first viable industry – for better or worse. Sealers and whaling ships were soon operating in those waters.

I await Serong’s next publication with much expectation.

More on the author here = https://www.textpublishing.com.au/authors/jockserong