We’d have to go back to ‘The Secret Life of Us’ for a more engaging home grown tele comedy-drama series than ‘Offspring’. We’d have to go back to Clive James’ ‘Unreliable Memoirs’ for a funnier and more engrossing chronicle of growing up in Oz than ‘Flesh Wounds’. The award winning small-screen success that ran for seven seasons was written by Debra Oswald. The autobiography came from the pen of Richard Glover, Sydney newspaper columnist and radio identity. Both had new books, that I’ve just caught up with, in ‘18. They are wife and husband.

Sometimes it’s no easy task to move from one form of writing to another, so I am led to believe, but Oswald does it seamlessly. She has produced another gem, to accompany her small screen offering, with her new novel ‘The Whole Bright Year’. This the author developed from her stage play, ‘The Peach Season’. An offspring too is front and centre. Zoe, only child of widowed orchard owning Celia, hasn’t caused a great deal of angst for her mother during her teenagerhood. That changes when hard-bitten Sheena and her ‘all over the shop’ step-brother, Keiran, arrive to do some peach picking. It’s not a peach from a tree that the 18 year lad starts to take liberties with. As for Zoe, she turns out to be no shrinking violet either. The mother daughter relationship starts to go awry as Zoe takes a shine to the unreliable young man with the law on his tail. He’s been rescued from his bad big city influences by his half-sister and Sheena is determined to keep him on the straight and narrow. But she hadn’t reckoned with Zoe. When his past does catch up with him, Celia has a crisis on her hands – how much can she interfere in her daughter’s affairs? Neighbour Roza and her unhappily married son Joe are good guys to have in your corner as events spiral out of hand.

Single motherhood, first love and the kindness of friends all figure in this warm novel of ripe fruit and unsavoury city life versus the healing powers of going bush. I enjoyed it so much.

Hubby does pretty well with ‘The Land Before Avocado’ as well. It’s hard to imagine that, in the decade that produced safari suits, the wine cask and non-compulsory seat-belt wearing, avocados were still to emerge in their rightful place as top of the food chain for the scene setters of today. Glover takes us back to a time when homosexuality was outlawed, kids roamed freely from breakfast to dark and the execrable fondue was the height of dining sophistication. The author takes our hand as we transverse the landscape looking for its pluses and minuses – and the latter wins hands down. He gives us plenty of evidence for this – sometimes too much – to show we have it far better these days of digitality and hand-held connection to the planet, despite their pitfalls. Glover conducted much of his research in the magazines of the time, designed for the fairer gender, particularly the Women’s Weekly. He was very interested in the recipes. Most contained huge dollops of mayonnaise. In the book he’s at his best when writing on such topics as the family diet, life for kids and the archaic divorce laws. But his assertion that the only aspect of the 70s that was superior to today was the music. Really? What a fuddy-duddy. There’s no qualms when it comes to the 21st Century being better for gays, indigenous peoples, gender balance, attitudes to migration and multiculturalism as well as equality of the sexes. But, boys and girls, we still have a way to go. Oh, and our tucker’s improved immensely. 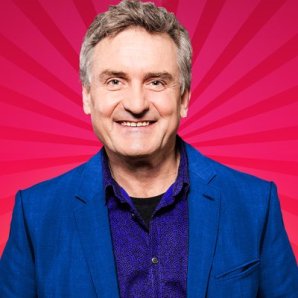 So, if you can’t remember or imagine what life was like before the av and social media, take a trip back in time with Richard Glover. He presents a world that would be almost alien to the millennials. I survived it, almost unscathed. Maybe you did too. Would I want to go back there? No way. This book answered that.