The three adjectives forming the title do not, by a long shot, go far enough. They cannot begin to describe the impact domestic violence is having on lives. Despite community outrage and the dollars being thrown at the problem, the reprehensible injuries and death of women and children seem to continue unabated. The statistics are horrifying – and this French film, ‘Custody’, shows that we are not alone in Australia with it – it’s a world-wide scourge.

The movie opens with a presentable mother and father putting their cases for and against extended visiting rights, to the dad, for their young eleven year old son. Initially it is difficult to decide between the two arguments, but one person obviously isn’t telling the truth. There is no common ground. She, Miriam (Léa Drucker), complains of his constant threats and the effect they are having on the boy, but ex-hubby, Antoine (Denis Ménochet), denies it all. Of course he loves Julien (Thomas Gioria) and wouldn’t dream of doing anything to hurt the lad. 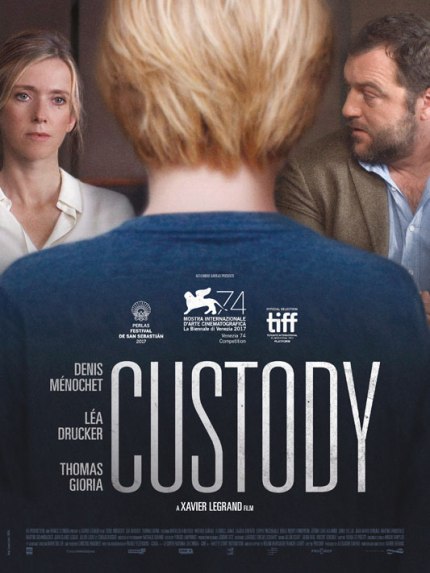 The judge is hampered by lack of evidence but obviously errs on the side of caution, imposing limits on the access. With Antoine’s reaction we, though, are soon privy to the heart of the matter. Quite simply, the father soon emerges as a brute. The judge was right to be wary of him. He’s a self-centred prick and he cannot control his anger at the slight done to him by the law. He intends to circumnavigate it, regardless of the cost. Poor Julien is between a rock and a hard place. He detests being with his dad, but failing to abet the odious father, he knows, would have dire consequences, not only for himself, but also Miriam. 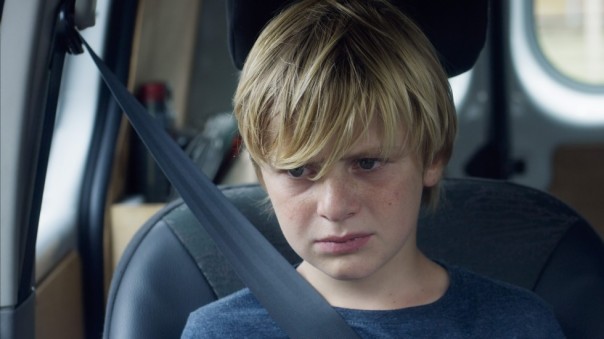 Writer/director Xavier Legrand has taken a sledgehammer approach to this offering and at times I found it almost impossible to watch the big screen. There’s no subtlety here – the father’s revenge is full on. He’s a violent bastard. It’s no spoiler alert to say we are spared a truly shattering ending – the tale is shattering enough. We know, though, that for all too many there is no escaping a wronged man’s wrath.

The film has won, deservedly, many gongs at festivals around the world. Kudos must go to the three main performers – Ménochet’s role must have been particularly demanding. All three are unflinching in their bravery so as to call even more attention to the plight of battered wives and kiddies. 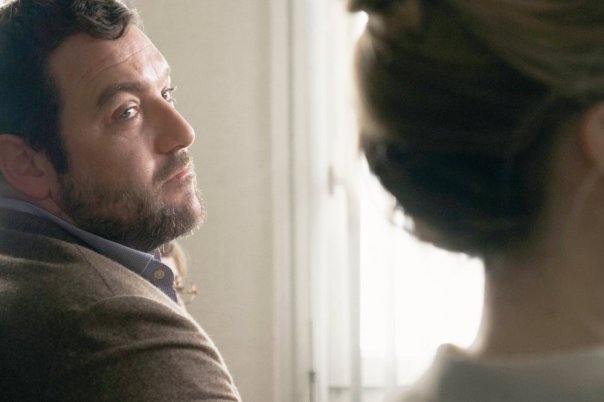 What else comes out of this is admiration for those who (wo)man the phones as the calls of the often helpless victims come in. These are the wonderful people who have to keep their heads and offer advice as the world of the woman or child on the other end begins to come crashing down. Then there are the first responders, dashing off to the incident, never quite knowing what pieces they’ll have to pick up when the destination is reached. If they’re too late, it can be catastrophic.

Because Legrand doesn’t shy away in presenting this slice of wretchedness it’ll stick in my mind for a long, long time. It will also be on my list of the year’s best. There must be a way. There simply must.

Trailer for the movie = https://www.youtube.com/watch?v=A8mJT7wEtkA