I’m seeing red for Red. And even if I’m not Melburnian, I am offended for them. Offended for all those who loved Red – for now they’ve been accused of something else entirely. Something more sinister. And it’s come at the very time when, out of decency, she should have left it well alone. Instead she reopens the Pandora’s Box. Her timing was appalling. Let’s just hope, perish the thought, it wasn’t deliberate on her part.

You know, I’m old enough to remember the days of yore pre-television. Days when the radio was one’s only instant link to the outside world. Our family’s dial was either adjusted to the local station, 7BU, or the ABCs 7NT out of Launceston. It was the great era of the radio serial – ‘Blue Hills’ and ‘Life with Dexter’. Us kids’ favourite was, of course, ‘Dad and Dave’. Nationally Jack Davey ruled the airwaves, but it was the local voices that were mainly heard. There was, for the farmer, the daily country hour and on Saturday arvos we were tuned in to see how Cooee, my Father’s team, was faring at West Park. Yes, local footy was beamed into our homes to those who couldn’t make it to the game. Ratings went through the roof when an intra- or inter-state game was broadcast. Another must were the test matches, especially Alan McGilvray calling in the Ashes through the night from Mother England.

Then, in my early teenage years, I discovered that we could also pick up radio stations from across Bass Strait. It was how the big city across the briny first impacted on my synapses. I soon became a follower of 3UZ – it played the latest music and the patter from its announcers was far more professional than that of the local identities. They now sounded, to me, like country bumpkins. I still recall some of their names on UZ – Ken Sparkes, Alan Lappin, Don Lunn and John Vertigan. They were slick and they were metro as opposed to hicksville.

But it was Stan the Man who stood out for me. When he came on the world slowed down as I listened intently. This guy had something possessed by none of the others – gravitas.

Stan Rofe (1933-2003) loved his music. He just didn’t present it – he lived it and the listener knew it. He had his finger on the pulse of the Melbourne scene, being as he was also a correspondent for the rock Bible of the time, Go-Set magazine. And there was also a Tassie link, although I didn’t know it at the time. He had his start at Devonport’s 7AD. After he had mastered the craft here he moved to the big smoke – first to 3AK before doing a stint at UZ’s major competitor for the youth audience, 3XY. By the time I was fixated on pop-music he operated out of my preferred station. His deep, considered voice was so unique and he played the very latest, not only from the local talent, but tunes from the US and UK that couldn’t be heard anywhere else. He learnt from the approach of Sydney-sider John Laws. He first had the notion to commission Qantas staff to bring over the latest singles from London and LA. Rofe was the first to give JO’K airtime, recommending to the rocker that he record a cover of the Islay Brothers ‘Shout’. He introduced Ronnie Burns, Russell Morris and Normie Rowe to an audience crying out for local replicas of the overseas stars. But perhaps his greatest contribution to rock infamy was to give fellow Go-Set reporter Ian Meldrum the moniker ‘Molly’. I just loved him, avidly staying awake for his late night time slot and tuning in for his earlier Sunday night show when he concentrated on the rock legends.

Later on, when, as a young teacher, life became more serious, I discovered 3LO (774 ABC Melbourne) and it became my new station of choice. I became, along with hundreds of thousands of others, addicted to its breakfast announcer, Peter Evans. I’d just about swear he was the man Red Symons modelled himself on, radio wise. At the time, back in the day, he was unique, ruling that time slot from 1965 until his untimely death in 1985. He was a grump and very curmudgeonly. And he slowed life down. He was akin to a cup of chamomile tea rather than kickstarter coffee. He took his time about stuff. There was no rush so if there were seconds of complete silence while he gathered his thoughts – well, no problems. After all, silence is golden. It was par for the course that he would stuff something up each and every morning and he took it in his stride. The listener saw it as part of the joy of the man. For Evans the daily news gave him much to grumble about, or if a promo or last night’s tele didn’t take his fancy, we’d know all about it. After his passing there was sadly nothing like him on the wireless until the advent of Red. 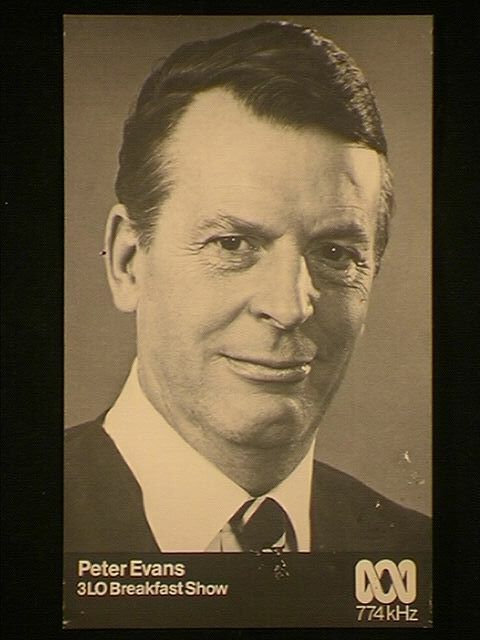 As with Evans, Red’s audience was rusted on. I relished catching him on my trips to Melbourne or to the north of the island. And then an accident set him back. He’d only just recovered when the ABC, in their infinite wisdom, decided not to renew his contract. After all, there’s no future continuing to appeal to us oldies as this announcer did. A younger demographic was Auntie’s target and evidently the younger generation loves bland commercial types. So, not one but two young things were called in to take Red’s place on breakfast. Firstly there had to be a female and secondly someone of ethnic background. All bases covered, right? Wrong. The ratings plummeted as the Red-lovers voted by switching off. Sami Shah and Jacinta Parsons floundered in the spot.

For his fans, most of them over 60, Red was irreplaceable. Months on from his dismissal the letters to the editor regarding their outrage keep on coming – these people being not so handy with social media. But just when the furore was starting to die down and the pair was starting to make some headway with their morning show, in weighs Wendy Tuohy.

Did she time it for maximum impact, coming hot on the heels of Red’s son Samuel’s death? She upped the ante by claiming that part of the problem for the new presenters was Melbourne’s underlying racism, Sami being a coloured fellow possessing an accent. You can read the attached article for yourself and make your own judgement.

Perhaps Shah and Parsons have not been afforded the ‘Aussie fair go’, but upping the stakes by claiming this is racially based! Well, balls to that!

It was resentment – it’s just that simple. Once again the ABC had forsaken what works to compete with commercial sector, just as it tries to in the tele arena, forgetting all about their charter. And it does so where it hurts its major audience by taking away what they adore. Trying to appeal to the multi-platformed younger brigade remains an obsession that continues to hurt the brand. Future proof by all means, but don’t forget where your bread and butter is found. And now we have lost another true original. As one listener recently rote in to the Age, ‘Gender and skin colour have no bearing on quality and talent.’ Shame on you Wendy Tuohy. Shame on you ABC. 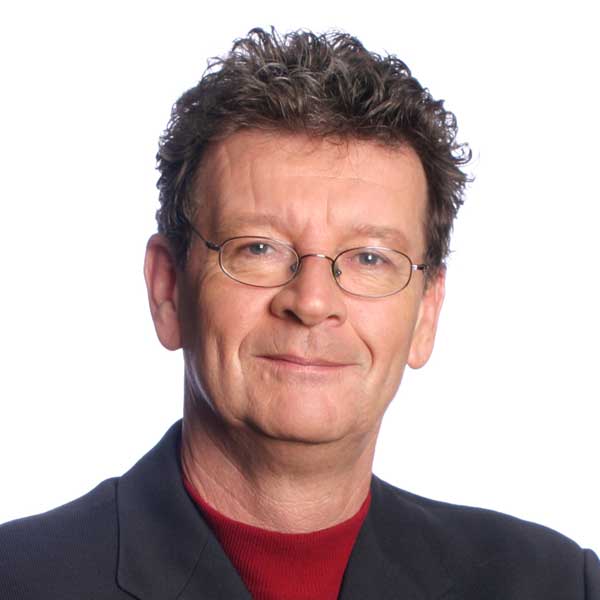 Michael Lallo on the subject = https://www.smh.com.au/entertainment/tv-and-radio/abc-radio-is-right-to-target-new-audiences-but-not-like-this-20180801-p4zuws.html