For a while, nothing. Then, all of a sudden, there was a plethora of enticing new movies airing at the State – in my eyes of course. So obviously my usual routine of a movie a week would have to be upped. I triaged these releases according to the amount of staying power they would have at the venue. ‘Chappaquiddick’ had the least number of screenings per day, so it was my obvious first choice. 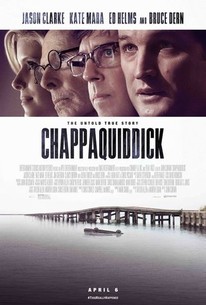 This is an offering for my generation. When I was chatting to my beautiful savvy daughter about it, the strange word meant little to her. She’d vaguely heard of the small island off the eastern end of Martha’s Vineyard, that playground for the rich and famous, but had little notion of it’s significance for the career of the scion of the most notable American political family of the latter half of last century. On it an event occurred, on the same day that man first walked on the moon, that would similarly reverberate down through the decades. And questions remain unanswered. Was he or wasn’t he in a relationship with Mary Jo Kopechne? How hard did he try to save her? Just why did it take him so long to contact authorities? Mary Jo (Kate Mara) was a promising campaign operative still grieving the loss of Teddy Kennedy’s big brother Bobby. As a result of her losing her life that night, when Edward Kennedy drove off the bridge, plunging into a creek on the island, his quest to follow a brother into the White House was over. He served the nation well the following decades, but he could never make up for that deed.

Jason Clarke is quite convincing as the presidential hopeful and we have fine performances from Ed Helms and Bruce Dern in their roles, particularly the latter as father Joe. John Curran’s re-imaging is absorbing enough, but he gets it very wrong in one sequence. When the Democratic Party’s big guns gather to spin Kennedy out of his mess, the overly choreographed reactions to each of Teddy’s revelations, seemingly played for laughs, were so out of kilter as to be jarring. That lost it points for this viewer. After the Dallas assassination and Robert’s murder, Chappaquiddick marked the final death knell of Camelot continuing for the USA. What the big brothers promised, little bro threw away finally and forever.

And there’s a touch of ‘ Chappaquiddick’ in ‘Tully’ to which I accompanied my lovely lady the following day – as well as a hint of ‘The Shape of Water’. There’s a vast difference between the world of America’s political elite and that of Marlo (Charlize Theron) and her family. She, at movie’s start, has one on the way, but is already struggling with an autistic son and a put upon daughter. Hubby, a loving but somewhat disengaged character, is submerged by his work and tiredness. Marlo doesn’t get a break with her son struggling at school and her lack of energy. She can’t even manage to put decent food on the table. She’s definitely in need of a circuit breaker and along it comes, once a newborn is released from the womb. Her rich brother provides her with a night nanny (MacKenzie Davis) – something I didn’t know existed and who are evidently life-savers for well-to-do US mums. The nanny takes control of the situation as Marlo starts to get her life back. 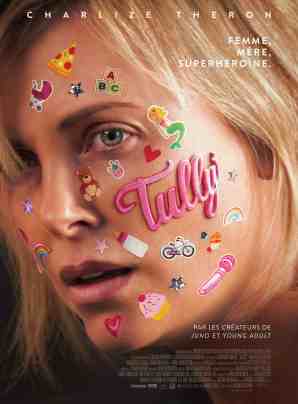 This is an excellent offering, a tribute to writer Diablo Cody, director Jason Reitman and their lead actress in a role low on glamour but high on spunk.

As the relationship between Marlo and her night help, Tully, develops, an uneasy feeling emerges that something isn’t quite right. But when the saga takes a very unexpected turn, it still comes as a shock. What were the clues along the way? This is what Leigh and I chatted about as we drove home in the aftermath.

Theron is marvellous and I enjoyed Ron Livingston as the dad Drew. This is billed as a comedy and there is some dark humour, but it’s much, much more than that. See it if you can. 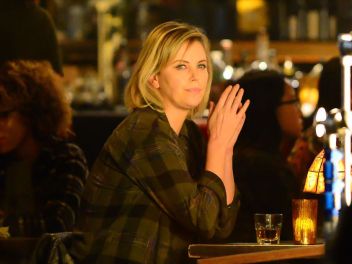 There are more movies to get to at the State in the weeks ahead before I go north. I’ve my fingers crossed I can manage to see them all. I am back there today.