Initially I felt the father daughter combo Meg and Tom Keneally had hit on a winning formula – and obviously, so did they. They have planned for twelve books, in total, for the ‘Monsarrat’ series and so far have released three. After reading the first two I was hooked – I thought they were really onto something. ‘With the ‘Soldier’s Curse’ we were introduced to soon to be ticket-of-leave man Hugh Llewelyn Monsarrat whom, with his incisive housekeeper, added to his own smarts, was part of quite the investigative team for colonial times in early Australia. By the third novel they had already put away a couple of souls who wouldn’t have faced their comeuppance otherwise without their input. First this occurred in early outstation Port Macquarie, then later, in Sydney, at the Parramatta Female Factory in ‘The Unmourned’. In these we are given a colourful taste of life in the first half of the Nineteenth Century, in a new land (for Europeans), for both convicts and those overseeing them. The sparky relationship between the two redoubtable sleuths was a delight. As a bonus, in the second title, there is more than a hint of developing romance between feisty Grace O’Leary and our main man. 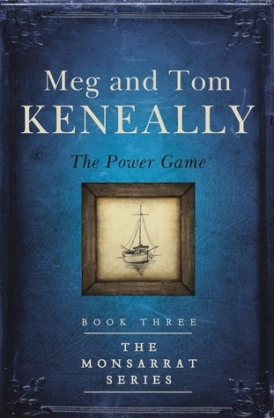 So, with all that, I was looking forward to another knotty problem for the duo to unravel. An added interest would be the promise of a VDL setting with hopefully the romance factor blossoming in Hobart Town. This, on all accounts, was not to be. In ‘The Power Game’ all too soon we were transported from my local turf south(?) to Maria Island where we remained. It therefore became largely reminiscent of the two authors’ first outing, complete with another presumed poisoning of a beautiful commandant’s missus. And Grace was hardly mentioned, being stuck back in Sydney, although our hero did plenty of pining. The two duly solve the case, as is to be expected. For much of the tale the main suspect was Thomas Power, an Irish rebel roughly modeled on William Smith O’Brien (whose real story is well worth investigating.) To me this outing seemed to plod along without any of the freshness of the first two. The only really entertaining elements being the repartee between our two investigators and the antics of the local geese. In the end, job done, we discover that the editor of the Sydney Chronicle has been done away with so our duo set sail for bustling Sydney where (spoiler alert) our dapper hero discovers that Grace has been dispatched to the back country. I’ll take advice, though, but I think this is where I’ll leave the pair to go on solving their crimes without me. I don’t think I’ll be lining up for No.4. 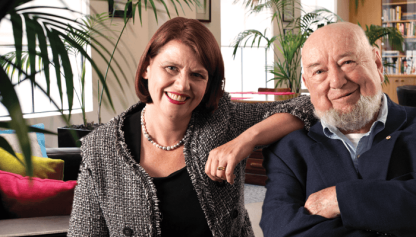 So let’s turn our attention to another author who could be said to write in a formulaic, predictable manner – but, although she’s been doing it for decades, I’ll never leave her. As her work continues to sell well to devoted followers, she has no real need to deviate far away from her template. I’ve been hooked on her for decades and starting on her latest was akin to snuggling down, under the doona, on a chilly winter’s afternoon. 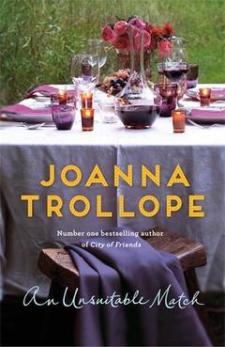 It is decidedly more of the same with Joanna Trollope’s ‘An Unsuitable Match’ as she introduces the reader to sixty-something Rose Woodrowe, whose hubby has just taken up with a much younger model and scarpered off to Oz. Soon into the book she encounters the charming Tyler, who is not backward in admitting he is smitten by her and she, seemingly, with him. But is Tyler the real deal? Rose’s offspring have their doubts – and then there’s Tyler’s two to consider as well. The new beau very quickly seems to have his and Rose’s future together all mapped out – but will Rose go with the flow despite the objections of the family. Some of these are quite needy in the love department too. Ms Trollope ensures we fully get to know them and their foibles as well. This is all magnified as the pair prepare to marry and questions arise over money – or the lack thereof for one. Just what is Tyler bringing to the party? Rose considers him a keeper, but at what cost. 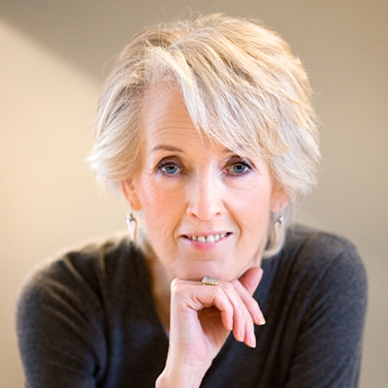 And I lapped it all up, as I always do. That it deals with romance in later life is a bonus. ‘An Unsuitable Match’ is Ms T’s twenty-first novel – all of them aimed at her legion of women fans – and just quietly (Shhhh), me.