I’ve eschewed crime, whodunits, mysteries, sci-fi, dystopian, fantasy for years now – not because I have anything against them, but more from worry that I’d get hooked, when I’m already hooked on so much. But when two writers, usually plying their trade in those areas, veered a little into my territory, I gave them a go.

I’d read a review of Michael Robotham’s ‘The Secrets She Keeps’ citing this was a break from his normal output, that being related to the solving of crime. He was lauded as one of the best in that genre going around. With this offering I thought I’d be safely spreading my horizons without being reeled in. I’m not so sure, after it, that that’s the case. Am I entering dangerous territory?

Now, although the book eventually makes it into crime territory, we know who’s going to commit it almost from the commencement. This is not a blow by blow account of coppers, or similar sleuthing heroes, getting to the bottom of it and making the perpetrator pay. No, they are largely in the background until the back end of the story, ramping up as the conclusion nears.

Instead Robotham gives us a close examination of two pregnant ladies whose paths cross – one is wracked with guilt, one is wracked by envy. It doesn’t take long to figure out who is also a tad whacky. And its reasonably clear, early on, where all this will lead us. What’s not so discernible is if there will be a solving or happy ever afters for either of the duo – particularly as, it could be argued, there is no true guilty party.

As the two women career towards the inevitable and then go their separate ways, the dastardly deed being successfully pulled off, we are reminded of another unsolved real life British mystery of the same ilk – then perhaps, as well, the excellent first season of ‘The Missing’ (am hoping there will be a series 3).

There are no real surprises with the narrative, but it was, nevertheless, a page turner as Meg and Agatha, in alternating chapters, played out their tale as the British press feasted on it. I enjoyed ‘The Secrets She Keeps’ very much – but what happens now when Robotham reverts to the usual and presents a new release? 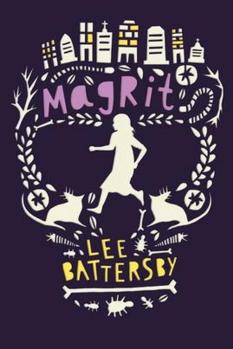 As with the above author, Lee Battersby, a Western Australian wordsmith noted for his sci-fi and fantasy, turns away from his normal fare. He centres this delightful effort in a cemetery which almost becomes a character in its own right. This is a strange and compelling short read – and quite moving. Whole lives are being led within the inner-city confines of the burial ground – but not lives as we know them. The eponymous, ten year old Magrit has found this out. She’s not quite sure what she is, but with her fantastical friend, Master Puppet, she scavenges out an existence of sorts. Then a low-flying avian drops a bundle on an overhanging roof and marked changes occur to how she sees the world.

This is a beautifully wrought tale, its exquisite presentation assisted by the contributions of artist Amy Daoud. It’s a mini-gem of a marvel, aimed at children, but it certainly had this old codger spellbound. ‘Magrit’ is a title that will linger in the synapses.