1. It was in the toilets at the State Cinema in Hobart that I came unstuck. I’d just watched ‘Manchester by the Sea’. Has Hollywood ever made a sadder film? Has there ever been a sadder or more riveting acting performance than Casey Affleck’s as the film’s Chandler, the stuffing knocked out of him by an event no right-minded human could recover from? Although I managed to hold it together pretty well during the course of the viewing of the sombre beyond sombre movie, I was still pretty fragile as I entered the loos – you see I was also waiting on news of another event occurring in our second city. Just as I was tidying myself up my mobile vibrated – a photo had come down out of the ether. It was of my son nursing a tiny human, just hours old. Our beloved Ollie. I melted into a sob, given the beauty of that image on top of the subject matter of that film.
Ten months on Olivia Joan Alwyn is still rattling the emotions. She is gorgeous, delightful and it’s all wrapped up in one sweet package. Always smiling, always animated; tended to dotingly by my Rich and his amazing wife, I am completely besotted. Not one now but two precious granddaughters – and with Leigh’s Brynner and Tobias, this old fella feels he has been completely blessed. And to cap the year off, Ollie has had my son’s workplace’s brand new giant barge named after her. 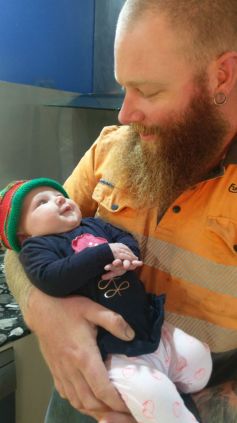 2. My lovely lady and I have lost two of the dearest of dear friends this year to unforgiving cancers. Both were larger than life, totally generous to their communities; both now so missed by those who loved them – and both avid Collingwood. Part of me will be willing Buckley’s men (and now women) on to glory in 2018 in their memory. And my son, gifted his Ollie earlier in the year, has grieved the loss of his constant companion down through not always easy years. Our Oscar, a dog of little intelligence, but whose love knew no bounds, went to doggie heaven in ’17.

3. For a few minutes rock legend Jimmy Barnes, the gruff Glasgow belter, met Tessa Tiger as she held out her copy of his ‘Och Aye the G’nu’ children’s book for him to sign. Tess had waited patiently, in a long line, for her turn to be in the presence of one of our certified national treasures and he was just so lovely with her, gently probing her about her reaction to the book. Knowing the joys of grandfatherhood himself, he smiled for our cameras with our own certified treasure by his side. The icing for me came later – a ticket to see his ‘Working Class Man’ show early in the new year, courtesy of Rich, Shan and Ollie. 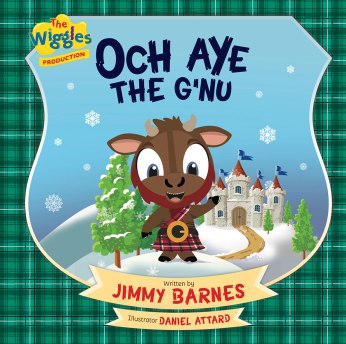 4. If, in 2016, we lost an unimaginable array of celebrity to death, 2017 was the year of notable retirement – John Clark’s loss, though, was nonetheless keenly felt. George Gently has retired from our small screen, with some legends of the AFL hanging up their boots. I’ll miss Hodge conducting affairs from down back next year, but the General isn’t completely lost yet. But undoubtedly the person I will lament most of all will be Martin Flanagan, retiring from the Age to also sample the joys of being a grandfather in more depth. His columns, whether they be thoughtful pieces about the native game, humane scribings on the wider world or delicate renderings of his own family life – well, he is simply irreplaceable. 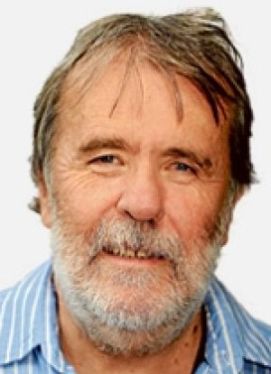 5. Footy gave us two great stories this year – a Tigers premiership and the introduction of AFLW. Clarkson went for youth mid-2017, turned it around and gave me hope for the mint new season. And, yay, the Ashes are back where they belong.

6. My beautiful writerly daughter, over the last twelve months. gave me the immense pleasure of reading several very impressive manuscripts. She’s up for a big award in a month or so – fingers crossed – and has four books slated for publication in ’18.

7. If ever I wished I had my camera in hand it was when staring down at a branch overhanging Sister’s Creek, near where it enters the sea, that sunny spring morning. Brilliantly perched on it was an azure kingfisher, sightings of which, I later discovered from the locals, were as rare as hens’ teeth. For a time the brightly-hued bird seemed to be resting, but then suddenly it dove into the tannin-laced water and reemerged, returning to its perch with a small fish frenetically wriggling in its beak. The avian was soon up and away, though, darting out of sight. Before that it was a magic moment on one of my extended venturings this year to the homelands of the North West Coast. The visits themselves were emotional roller coasters for all sorts of reasons, but there were immense positives to them as well. My dear mother, as a result of one of them, is now a resident of an aged-care facility where the well-being of its clientele is their utmost concern and she is content. After a life-time of looking after others, now there are lovely professionals doing the looking after of this precious person. On another visit I was entrusted the care of a new canine mate, Sandy the Spoodle and I enjoyed his company very much, as I am with Summer and Bronson as I write this at year’s end. Thank you to Kim and Ruth, Phil and Julie. And always it is a delight to reacquaint myself with Memphis and Leopold on my visits to Briddy. One trip also gave me the opportunity to spend a generous amount of time with my much loved sister – that was a blessing I hope can be repeated in ’18. 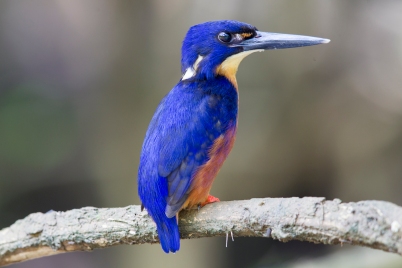 8. As I try to keep things positive, the least said at year’s end about Trump the better. But Paul McGeough ‘s reporting, for Fairfax, on the USA’s most odious president ever was, to say the least, illuminating.

9. Turnbull’s complete lack of spine continues to infuriate, but at least we had a joyful outcome from the staggeringly stupid same-sex marriage plebiscite. And for that my two unlikely political figures of the year are Warren Etsch, who fought for it for so long against the hard right dinosaurs of his party, as well as Dean Smith, the low-flying, unassuming conservative MP who drafted the legalising bill.

10. This year I finally signed off on one of my retirement bucket-list items by watching the final episode of the final season of ‘The West Wing’. What’s next? I thought it would have been ‘The Sopranos’, but it now may well be ‘Dexter’. Thanks Rich.

11. In all sorts of ways, mainly due to my excursions north, I’ve encountered former students from my teaching time. On Facebook, around hospital wards, in retail outlets – even in a doctor’s surgery and a real estate office – it’s been a joy to hear their stories and to see them turn out so marvellously.

12. My lovely lady and I went on a cruise to tropical destinations back in August. I adore doing stuff with her and I am eagerly looking forward to venturing back up to Mangoland in her company in the mint new year, She is the centre of my existence; her sage advice being of immense value during the last twelve months when, for the first time, I have felt, on occasions, genuinely old. But I know, with her by my side, living is always a joy.