Despite the sadness associated with a major loss of musical talent, there was a veritable plethora of great albums produced this year, both from ageing stalwarts and a new breed of talent. It think too often pundits around my age are quick to lament that there’s nothing put out in the marketplace these days to match the quality of product that occurred when they were in their prime. I do beg to differ – and I would suggest that a listen to some of the CDs I’ve listed in my Top 10, as well as those among the honorable mentions, would cause a rethink =

1. Nathaniel Rateliff & the Night Sweats – this hipster-bearded wonder from Missouri first enchanted me on Graham Norton with a raucous single I could easily take as my motto – ‘I Need Never Get Old’, a raucous foot-stomper if there ever was one. Check it out on YouTube and you will see what I mean, with, as a bonus, a viewing of Nathaniel’s generous gut. I bought the CD as a result and found it to be a quality collection that I keep returning to. 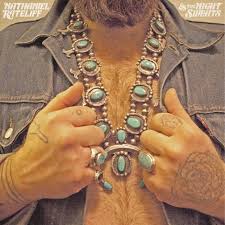 2. Mary Chapin Carpenter – ‘The Things that We Are Made Of ‘– this darling of nineties country music comes back with a collection reminiscent of her pomp.

3. Sonya Kitchell – We Come Apart – Sadly not available here – I imported it from the States but it was well worth the effort – apart from one discordant track. A multi-talented lady, Sonya K has produced an album Rolling Stone describes as ‘Extraordinary… a remarkably sophisticated collection of songs that belies the age of its creator ‘.

4. Emma Russack – ‘In a New State‘ – Made whilst finishing off her law degree, this unsung (sorry) Melbourne songstress has produced a moody gem. Will music be her eventual calling, or the legal profession?

5. Jack and Amanda Palmer – ‘You Got Me Singing‘ – A father and famous daughter project, this took me back to Lee Heazlewood and Nancy Sinatra.

6. Felix Riebl – ‘Paper Doors’ – Not a huge fan of The Cat Empire, but I am of this band member. Even better than his excellent debut a few years back. 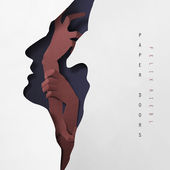 7. Paul Kelly and Charlie Owen – ‘Death’s Dateless Night‘ – Another co-production, with Kelly in sublime voice re-inventing some of his back catalogue, along with some quality covers. 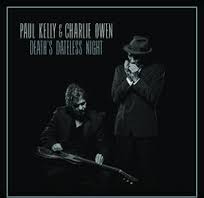 8. Eric Clapton – ‘I Still Do‘ – So what if he’s not cutting edge in his dotage. Let’s just appreciate Old Slowhand while we can and long may he walk his way through albums like this. 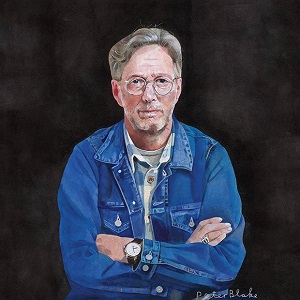 9. Lucinda Williams – ‘The Ghosts of Highway 20‘ – this warhorse of alt country isn’t getting any younger, but she can still belt it out in her ballsy style better than most half her age. 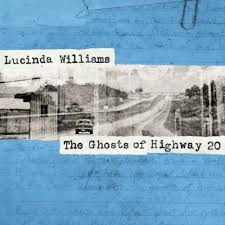