In truth I preferred the old Wilderness Shop. It was more down market and therefore a more comfortable fit with me, I guess. I’ve scribed before on the putoffedness of some of the galleries around town for the likes of me. Wild Island doesn’t quite have that effect – I will still enter and peruse. It, though, has far less stock than its antecedent and the prices are beyond my budget, apart from the occasional card. But then I am not their preferred demographic and topping it off, unfortunately my walls are full. Still, there’s no question they are offering an outstanding product from some of our island in the southern seas’ leading camerasmiths, craftspeople and daubers. So don’t let me put you off. If you haven’t already done so, go in for a squiz, particularly if you do have some of that wall space going. Support local talent please.

So I made one of my rare visits last month. I didn’t purchase anything, but there was, as always, much to admire. On leaving, my eye was drawn to a brochure because of the work of art it featured. It was advertising the store’s latest exhibition, so I cast my eye around the shop in case I had missed the painting during my initial once over. It wasn’t there, but when I examined the card, I realised I was one day too early. Too me the painting portrayed seemed to perfectly capture Tasmania’s winter experience, particularly enhanced by the fact that it was of a snowy wilderness right on our doorstep.

So, duly, a week or so later I went back to see Michael Weitnauer’s ‘Snow Series – Mount Wellington’ in its glory. I was not disappointed – it is a terrific piece, even when measured up against some some great stuff from camera snappers who also took my attention, such as Loic le Guilly and Rob Blakers. Going out to art exhibitions reasonably regularly, I was already quite familiar with Weitnauer’s oeuvre, but this was the one item that projected his abilities for me more so than what I had previously espied.

In an on-line bio the artist states he is strongly influenced by Fred Williams and with ‘Mt Wellington’, even an untrained eye like mine can discern that in a thrice. I remember going to a showing of Williams’ works in Melbourne, if my memory serves me well, but being underwhelmed by much of his product. But then I turned a corner to a room of his desert landscapes and was immediately transfixed by their power and beauty. Had anybody captured the landscape of the Aussie heartland as well? And Weitnauer’s take on kunanyi had the same impact. Added to its entrancing allure is that we, as Hobartians, look at the mountain’s magnificent ramparts everyday. 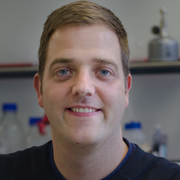 The artist’s surname indicates he is of German heritage and he has spent much time there and in other European locations. He states he is influenced, as well, by some of his homeland’s leading contemporary painters. He has won some serious gongs, including the Wrest Point 2002 Art Award – one of my favourite yearly exhibitions. Weitnauer has been, several times, a finalist for the Glover. His solo shows often sell out – and no wonder. The Hobart born, UTAS educated, practitioner must now rate amongst the island’s most prominent painters and I would definitely include ‘Mount Wellington’ in the art gallery of my mind – the only place I can hang it, given my circumstances. I’d love to look at it daily, but will have to make do with the small facsimile blu-tacked to the wall in my man cave.