Did you know this about the Big Apple = It can cost over $289,000 for a one-year hot dog stand permit in Central Park. The city of New York will pay for a one-way plane ticket for any homeless person if they have a guaranteed place to stay. On Nov. 28, 2012, not a single murder, shooting, stabbing, or other incident of violent crime in NYC was reported for an entire day. The first time in basically ever. It takes 75,000 trees to print a Sunday edition of the New York Times. There is a birth in New York City every 4.4 minutes. There is a death in New York City every 9.1 minutes. There’s a man who mines sidewalk cracks for gold. He can make over $600 a week. Women may go topless in public, providing it is not being used as a business. Albert Einstein’s eyeballs are stored in a safe deposit box in the city. 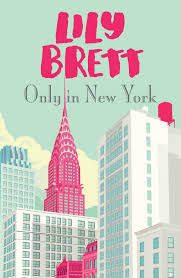 In ‘Only in New York’, Australian ex-pat Lily Brett provides some more interesting facts about the city these days she calls home. For instance she reports there is another Aussie, the for us ubiquitous flat white, that is now all the rage in Brett’s metropolis, There are Down Under themed coffee hangouts, such as ‘Flinders Lane’ and ‘Little Collins’, introducing New Yorkers to Melbourne coffee culture. Did you know that ‘…everyone who shops in New York is called a guest.’ causing our Lily to question ‘When did we stop being customers? And when did we metamorphose into guests?’ And incredibly, in the Big Apple, there are people actually hiring themselves out to cash in on another ‘…new phenomena sweeping through New York.’ These souls have transformed themselves into space cleaners who ‘…clear and scrub homes and offices psychically. Not physically, psychically…Space cleaners cleanse your home of undermining and enervating energy, bad vibrations and negative spirits.’ This can be even done remotely by said space cleaner – he/she doesn’t have to visit. This is much cheaper than the thousand green ones required up front for their presence in your actual abode or work space to put matters right.

All of the above says something about that particular city, as well as its shakers and movers. If the latter two trends catch on here then I feel we’d all better sit down and take a long hard look at ourselves. So the book is not a hagiography, but even so it does make living in this megalopolis seem pretty cool – especially now the murder rate seems to be markedly diminishing. Did it make this reader want to hop on the next Q-Bird and head for JFK International? Well no. To really get into a city requires being able to do something like our author who, because she lives there, can immerse herself in it. With the tourist weeks available to most of us one could only scratch the surface. Despite the amount of time I’ve spent in out closest big smoke, Yarra City, I still don’t feel as I really know even that enchanting destination.

But no matter, we have Lily Brett. She regales us with tales of her neighbourhood in a series of vignettes – most of them fascinating, all very readable. She has a selection of in places to tempt us to visit through her erudite descriptions, so she is obviously in the know – and they’d be as far off the tourist radar as you could get, I’d imagine. 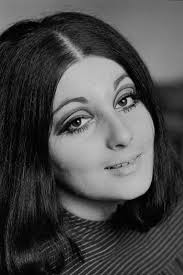 Back in the sixties LB was the epitome of the chic rock chick about town – writing for ‘Go-Set’ magazine. For those of us of the age who can remember, to be ‘with it’ one had to read that publication from cover to cover. Then she headed overseas to continue to ply her trade interviewing all the greats when rock was in its pomp. She is also the daughter of Holocaust survivors, her attitude to her Jewishness being a constant theme in her tomes. Her nonagenarian dad is still around and still quite the ladies man, living near to the wordsmith’s SoHo home. He’s partial to pastrami from Katz’s Deli on East Houston, she and hubby love the family atmosphere of Hiroko’s Place, a restaurant on Thompson and a throwback to another era. Its about these sort of New York establishments that our guide writes so enticingly. They’d be the types of places I’d love to visit, if the opportunity ever arose.

However the most startling of Lily’s revelations had nothing to do with her city of choice, but my own island. Turns out she is allergic to us. It’s the world’s cleanest air and our eucalypts you see. She took one breath of our ‘… fresh, crisp, unpolluted air and started coughing and wheezing.’ She couldn’t step out on any Tasmanian Street without her nose and eyes running – although neither the carbon monoxide fumes of NYC nor the noxious smog of Beijing have ever presented her with a respiratory issue. And as she simply abhors trees, I doubt if we’ll ever see her again for a book launch in this neck of the woods – good pun there, what!

‘Only in New York’ was a true page-turner for me – and even if I cannot see myself ever getting there, I enjoyed visiting vicariously.

And now, here’s some more interesting snippets about the city on the Hudson = About 1 in every 38 people living in the United States resides in New York City. It is a misdemeanour to fart in NYC churches. The first pizzeria in the United States was opened in 1895. In 1857, toilet paper was invented by Joseph C. Gayetty in NYC. Up until World War II, everyone in the entire city who was moving apartments had to move on May 1. There are tiny shrimp called copepods in NYC’s drinking water. There’s a wind tunnel near the Flat Iron Building that can raise women’s skirts. Men used to gather outside of it to watch.

1 thought on “Only in New York – Lily Brett”