My world continues to be filled with women of allure. There are the constants of family members and gorgeous friends, but then there are some in my world for only an instant. But they leave an indelible impression. Take the example of the stunning young lady in the city Woolworths yesterday. She gave me such a smile when I walked up to her to process my meagre array of product that I felt compelled to state to her, ‘Who’d use a machine when I can have your beaming face to welcome me and light up my day?’ As a reward I received an even more glorious one at close range.

Nothing measures up to, of course, the feminine treasure that is my DLP (Darling Loving Partner), She graces my life in all the ways a male of the species could wish for – but there are many, many more, such as the lovely ladies at my local newsagent who ensure I receive my daily Age. And then there are my mates – beautiful belles of all ages who inhabit the state’s north and south. Many I see only infrequently these days, but I adore them dearly.

But this scribbling is not about those wonderful souls – it’s about those outside of my direct orbit. They light up my life in another way – and this year there’s a new divine list to parallel my one produced in 2013 (see below). These ladies were, to me, the luminaries who made the public spotlight in some way during the last twelve months. And in doing so, turned my head. Some you’ll know, some will be less familiar – but none-the-less they certainly left an impression on me.

1. Marta Dusseldorp – (Age 41) How irked I was when the Seven Network announced it was culling ‘A Place to Call Home’ from its roster of programmes. This was not because it lacked dramatic excellence – it had plenty. It was not because it was doing poorly in the ratings – it wasn’t. It had a bucket load of fans. No, it was simply because it’s cheaper to buy-in inane, generic US muck than to go to the trouble to put together our own local product – and therefore Seven can sack a load of talented people. In my view it is appalling that Marta D will not continue in her role in this intriguing television vehicle. She was the stand-out performer in the short-lived ABC series on lawyering, ‘Crownies’, with the result being she earned for herself the star turn in ‘Janet King’. Hopefully we’ll be permitted more of her in that. She was also quite revealing as the love interest in ‘Jack Irish’. There is no way this stunning creation, with brains added, would be considered for a role in most of the trash that comes out of the American studios – too old and not fitting the stereotype of their leading ladies where its all about youth and bland, flawless looks. To this punter Ms Dusseldorp is simply the most alluring woman on our small screens – and long may she continue to be.

And she loves Tassie too = http://www.dailytelegraph.com.au/travel/australia/marta-dusseldorp-star-of-a-place-to-call-home-reveals-her-secret-holiday-spots/story-fnjjuyvd-1226920309481

2. Lally Katz – (36) Quirky, even kooky – but downright brimming with talent, Ms Katz ticks many boxes implicit in the definition of ‘alluring’. She writes for film and television (including the recent ‘Wentworth’), as well as penning plays described as ‘…surreal and whimsical.’ She has recently toured a one-woman show ‘Stories I Want to Tell You in Person’. She’s graced the latest offering of Adam Zwar’s ‘Agony’ series for the ABC, ‘The Agony of Modern Manners’. I was lucky enough to catch her in person late last year as a participant in Hobart’s tour stop for ‘Women of Letters’. Her epistle, read to jam-packed room, was a paean to ‘Laura Palmer’s Diary’. In this she pronounced, ‘I used to aspire to being a dead seventeen year old.’ I am so pleased she didn’t go down that route.

3. Kelly Reilly – (37) This gifted thespian first came to fame for her gameness in ‘Mrs Henderson Presents’ and I have written in previous blogs of her appeal. This year she’s had star turns in ‘Chinese Puzzle’ and the startling ‘Calvary’. This beauteous, freckled redhead can also be espied in her small screen offerings, ‘Black Box’ and ‘Above Suspicion’. She registers highly on the’ allure scale’ for accepting brave roles on stage, as well as screen, to test herself. She also receives points for eschewing the trappings of the red carpet. She is glorious.

4. Sofia Helia – (42) A beautifully flawed Scandinavian native and she has charmed the world as the socially inept Saga Noren in the Swedish/Danish production of ‘The Bridge’. Nobody does it like her – although an American and a French actress have attempted to in the US/UK versions of the small screen series. Losing her parents at a young age to a car accident, she had misfortune of her own at 24, as a cyclist, causing the facial scars she wears loud and proud for this production – as she should. She is a marvel and it will be interesting how the next instalment pans out without her regular sparring partner of the first two seasons. 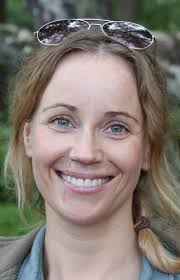 The Guardian goes in depth with Sofia = http://www.theguardian.com/fashion/2014/feb/15/scandi-crush-the-bridge-sofia-helin-saga-television

5. Megan Washington – (28) This Aussie chanteuse is something of a chameleon with her various and vivacious looks since attaining pop fame in her homeland. As well, she is spreading her wings abroad. She first came to mainstream notice as a performer in a Paul Kelly tribute concert, filmed for DVD release. Later Ms Washington’s freshman album was a revelation from an incredibly multi-faceted talent. Many fans, including this one, are eagerly awaiting her soon to be released follow-up. She bravely ‘outed’ herself on Australian Story this year as she felt she could not hide her real self any longer. That version came with a speech impediment. This Papua New Guinea born is just simply it and a bit.

6. Elizabeth Debicki – (24) To my eyes she outshone, as Jordan Baker, even someone as luminous as Carey Mulligan in Baz Luhrmann’s fantastic feast for the eyes, ‘The Great Gatsby’. She is one of a coterie of youthful Australian actors making a name for themselves in Hollywood. At present Ms Debicki is filming ‘The Kettering Incident’, the first major television dramatic series to be produced on our island. She has just been cast in the upcoming Guy Ritchie take on ‘The Man From U.N.C.L.E’, alongside Hugh Grant. No doubt he’ll be as impressed as I am.

7. Rebecca White – (31) She brings a touch of glamour to our local political scene – but don’t let her looks fool you. Like Natasha Stott Despoja in her heyday, the Member for Lyons is already a mover and shaker on the Labor side. When her team was heavily defeated at the March polls, many hoped a member of the younger brigade, such as Scott Bacon or Rebecca, would take on the leadership to draw a line under the coalition with the Greens, The old guard, in the end, retained the upper hand, but her time will come. She had my vote. Normally, your scribe is a regular Greens supporter, but I was attracted to her as a means of keeping another old dinosaur, David Llewellyn, out of parliament. It backfired as both he and Ms White were successful, with the Greens candidates missing out. She was a poll topper and didn’t require my endorsement in the least. Later that evening, in the studios of the ABC, she demonstrated why she is such an attractive proposition. This articulate young politician went head to head with the execrable Eric Abetz and was certainly not out of her league against his supercilious commentary on events as the count gave the Liberals a clear majority.. Famous for her ‘Pollywaffle’ campaign against Llewellyn in the previous campaign, she is one savvy cookie.

8. Chelsea Roffey – (33) There is a Facebook page under the appellation of ‘The Female Umpire is Secretly Hot’. For me there’s no secret about it. She certainly is. Ms Roffey has smashed the glass ceiling, entering into the hitherto blokey world of AFL footy, along with the recently appointed St Kilda assistant coach, Peta Searle, as well as Richmond’s President Peggy O’Neal. She has shown herself to be a whiz behind the goal sticks, officiating at the 2012 GF. By trade she is a journalist and she’s already umpired finals this year. Can she make the big one again? Her attractiveness would certainly add colour to it, as well as making a statement. 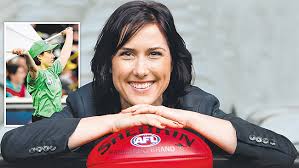 9. Celia Pacquola – (15 – or so she reckons) This delightful and extremely funny comedienne is a true jack of all trades, treading the stand-up boards here and in the UK. She’s had numerous television appearances in both countries. Celia P can also pen scripts for the small screen (‘Good News Week’, ‘Laid’). She appeared as AJ in the latter. She is currently on screen in the glorious and prescient ‘Utopia’. Ms Pacquola has been described as – ‘Adam Hills with ovaries’ and will soon grace our living rooms again in a new series of the wonderful ‘It’s a Date’.

10. Samantha Lane – (35) – She gives a feminine take to a Saturday night pre-game footy show – another who’s pushed through into that particular men’s club. She has also blessed us with her words, focusing mainly on sport, as a newspaper columnist and is an Ambassador for Breast Cancer. But it is in the aforementioned ‘Agony’ franchise that she charms us to the max. And there’s a little bit of Tassie in her too, with her old man being that doyen of commentators, Tim Lane.

So there, my list for this year is complete. This lucky man has much to be thankful for, not the least of which is sharing his world with remarkable and alluring women. There are other list makers out there who may wish to contribute, along these lines, as well – be my guest. Do so for either gender, or indeed, both.