As another drought starts to bite across the Outback vast herds of cattle are being shifted out of those areas affected to better pasture further south. Most of the owners of the mega-acred properties, many bigger than European countries, now use the thundering automotive road trains to get their beasts from A to B. Others see the advantage of using the tried and true method of the cattle barons of the days of yore, the Duracks and Kidmans et al – the ‘long paddock’. Currently eighteen thousand head, split into nine mobs, are advancing down the continent from Winton to Hay – over two thousand clicks of hard travelling through the hinterlands of two states. Seventy drovers are pushing them along and it started some six months ago, with the first steers expected to reach their destination around the turn of the year. As the drought inexorably follows them further south, this massive undertaking may have to move on into South Australia, heading for the most luscious of grazing land still viable for that number – around the Coorong.

I am sure if he is still around today for this, Bobby Blue would be in his element – Bobby being the central protagonist of Alex Miller’s latest offering, ‘Coal Creek’. He is a magnificent creation, rivalling Richard Flanagan’s Dorrigo Evans as 2013’s nomination to the roll call of our country’s seminal fictional heroes. Both are men of immense substance, although in vastly different senses. Both are also flawed, as all great literary heroes need to be.

I have listed Miller’s ‘Journey Into Stone Country’ as only behind a couple of Winton’s efforts and Craig Silvey’s ‘Jasper Jones’ as my favourite home grown novel. It is, as with ‘Coal Creek’, a book of ‘forbidden’ love, albeit of a totally different nature. Here the socially unacceptable relationship is between a man/boy and a girl/woman, the latter just scraping into her teens. The tale is a slow burner, taking its time to build to its shockingly tragic climax. The author cagily leaves hints en route that what will eventually befall our ‘innocent’ couple will not be for the faint hearted. As with ‘Stone Country’ this is ultimately a work of redemption, with most, but not all, wrongs being righted.

Billy Blue is a country lad, illiterate when we first meet him, but well schooled enough to read the hard-knuckle bindee country, his natural environment inland from the Townsville coast, like a primer. The ranges of Billy’s domain hide the secretive and the fugitive, as well as the being the domain of the semi-wild scrub cattle Billy musters. The events take place in the decade or so following the last world war.

The town of Mount Hay, where Billy learnt the ways of the bush from his now deceased father, is a sun-blasted hamlet where torpor is enshrined and the law administered at arm’s length. Into this cauldron comes the Collins family. The father is the town’s new cop, a stickler for protocol – a trait sure to raise the hackles of those previously largely left alone to sort out their own affairs. His wife is determined to bring some coastal culture to this woebegone place. It takes a while, but for both it all goes horrendously belly-up. The couple’s eldest daughter, Irie, takes Bobby under her wing almost as soon as he is taken on by Daniel Collins as his assistant. At first she is his tutor, but obviously they come to mean far more to each other. All are on a collision course involving Bobby’s best mate, the local ‘black sheep’. The novel is enhanced by the fact that it is Billy’s plain speaking voice that narrates, the sustaining of which is perhaps Miller’s greatest triumph. He illuminates and beguiles with his character’s simplistic vernacular, despite his mouthpiece struggling to have words for the profound events that befall him.

The only disappointment with this wonderful opus is the denouement. Its brevity weaned this particular reader away from Bobby and Irie long before he desired to be. A sadness enveloped when I finally put the book down. I wanted to be part of their world for longer – to follow their course onwards through time for as long as it took.

There is much to ponder with this fine publication from one of our best. He demonstrates how quick we are to pass judgement on our own, how the media feeds this tendency and asks whether sometimes, when it comes to information, if not less is more? Billy was a man of few words but intense in his feelings. Back then, as now, this can be viewed as a failing. Miller demonstrates, once and for all, that ‘still waters run deep’.

Today’s outback stock-men are as likely to be steering helicopters as they are horses. But those of Billy Blue’s ilk are national treasures, no matter their hue. 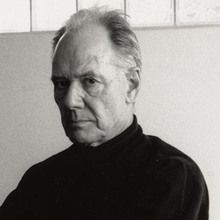